Joe Biden to run for 2020 US Presidential elections: Report

Former Vice President Joe Biden will run for the White House in the upcoming presidential elections. 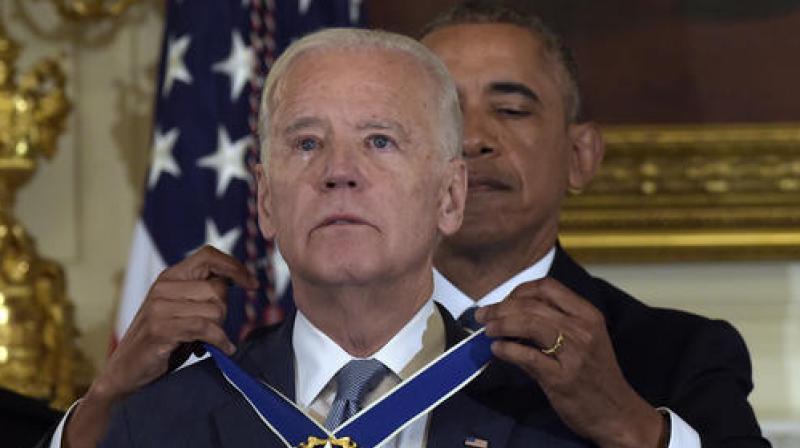 Democratic primary field will steer clear to make him the clear front-runner for his party's nomination against US President Donald Trump. (Photo:AP)

Washington: Former United States vice president Joe Biden will run for the White House in the upcoming presidential elections, a Democratic lawmaker has confirmed, The Hill revealed in an exclusive report.

It is assumed that if Biden runs for the White House, the already crowded Democratic primary field will steer clear to make him the clear front-runner for his party's nomination against US President Donald Trump.

The Hill quoted the House Democratic lawmaker as stating that the former vice president said, "I'm giving it a shot" during a phone call with lawmaker during the past week, interpreting it as a sure sign that Biden will run in 2020.

According to the lawmaker, Biden also asked if he could get some campaign strategy ideas and invited him to sit down with him in person in the near future.

In 2017, Biden had told a leading magazine that he has not made a decision on it yet, but is not against the idea of running for the presidency in 2020.

"I haven't decided to run. But I've decided I'm not going to decide not to run. We''ll see what happens," Biden said in the interview, adding that he would have run for President in 2016 had his late son Beau not fallen ill.

"I had planned on running, and I wasn't running against Hillary or Bernie or anybody else. Honest to God, I thought that I was the best suited for the moment to be President," Biden had said.