Satya Nadella, US lawmakers appalled by ongoing acts of hate against Asian Americans

More than 3,000 incidents of abuse against Asian Americans were reported between March and December 2020 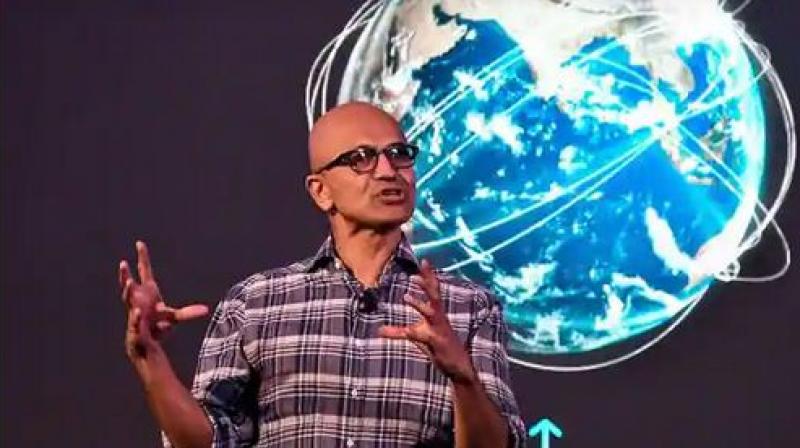 Washington: Microsoft CEO Satya Nadella and several US lawmakers have said that they are appalled by the ongoing acts of hate against Asian Americans and condemned hate, racial discrimination and violence in all forms.

Denouncing 'violent' attacks on the Asian Americans, Biden in his first prime-time address to the nation since assuming office in January, said that members of the community were harassed, blamed and scapegoated.

In a statement, Microsoft said that it condemns hate, racial discrimination, and violence in all forms.

Meanwhile, prominent lawmakers have joined hands to introduce a legislation to address the rise of hate crimes and violence against Asian American and Pacific Islander (AAPI) communities during the COVID-19 pandemic.

Congressman Donald M. Payne, expressed concern over an increase in racist attacks against Asian Americans during the COVID-19 global pandemic.

"I want to condemn the abuse and assault that has happened to Asian Americans during his pandemic in the strongest words possible," Payne said.

Hate and violence have no place in America at all. These attacks must stop because they are cowardly attempts to scapegoat and blame Americans for a pandemic that started thousands of miles away. Thankfully, we have a president who supports diversity and will protect all Americans in his language and his actions. It is time for us to come together as a country and that includes all Americans, he said.

Senator Dianne Feinstein said that over the past few weeks, nominees for the top three leadership positions at the Justice Department have appeared before the Senate Judiciary Committee, as has the director of the FBI.

At each hearing the topic of hate crimes came up, in large part due to steep increases in attacks against Asian Americans, she said.

The increase appears to be based on a fabricated connection between the Asian-American community and the COVID pandemic, a conspiracy theory with no basis in fact that is pure racism. We must rebut the conspiracy theory itself and also directly confront the rise in hate crimes, Feinstein said.

Senator Alex Padilla, a member of the Senate Judiciary Committee, joined Senator Mazie Hirono and Congressmen Grace Meng in introducing legislation to address the rise of hate crimes and violence against AAPI communities during the COVID-19 pandemic.

"I am disturbed by the recent increase in hate crimes and violence against Asian Americans and Pacific Islanders in California and across the country," Padilla said.

"It is clear that this uptick in violence against Asian Americans is the direct result of the racist rhetoric used by political leaders with regard to the pandemic and we must take action to address it. The COVID-19 Hate Crimes Act will direct law enforcement to better collaborate across jurisdictions and expedite the response to COVID-19 related hate crimes, and will work to mitigate racially discriminatory language used to describe the pandemic," he said.

The COVID-19 Hate Crimes Act would direct the US Attorney General to designate an official whose sole responsibility will be to expedite review of COVID-19 hate crimes from federal, state, and local law enforcement agencies. The legislation also directs the Attorney General to issue guidance to state and local law enforcement agencies on appropriate public education campaigns and the collection of data on COVID-19 hate crimes.

"The ongoing anti-Asian hate crimes and incidents, especially against our elderly Asian Americans, is absolutely horrific, said Congresswoman Meng. Since the beginning of the pandemic there have been nearly 3,000 reported incidents of physical, verbal, and online attacks against Asian Americans," she said.

Acting US Attorney Tessa M Gorman and FBI Special Agent in Charge Donald M. Voiret said that currently federal prosecutors and the FBI are reviewing two cases involving assaults on Asian-American neighbours that have been charged by the King County Prosecuting Attorney's Office.

"These crimes, and other acts of hate and bias, have no place in our community. I urge members of our community to report hate-based crimes to either local or federal law enforcement and to contact our office's civil rights line with information about discrimination in areas like housing, employment, education, or public accommodations," Gorman said.