The plane which was headed to Las Vegas crashed onto a Scottsdale golf course, some 15 minutes after takeoff from the city airport. 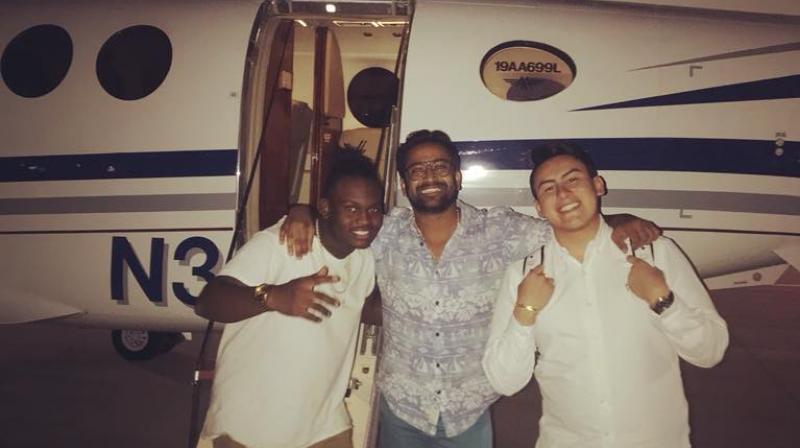 Anand Patel, popular among his friends by the name of Happy, came to the US along with his twin brother Akash Patel in 2009 for studies. (Photo: Facebook)

Washington: An Indian-American entrepreneur was among six people killed when a small plane crashed on a golf course in a suburb of Phoenix in Arizona shortly after taking off from a nearby airport, authorities said on Friday.

They identified him as Anand Patel, 26, the founder of What's Happy Clothing.

The plane, a Piper PA-24 Comanche, which was headed to Las Vegas crashed on Monday night onto a Scottsdale golf course, some 15 minutes after takeoff from the city airport.

Nobody on the ground was hurt, said Kevin Watts, a Scottsdale Police Department spokesman.

On hitting the ground, the single-engined plane burst into flames, killing all the six passengers on board, police said. Their age ranged from 22 to 28 years.

Patel, popular among his friends by the name of Happy, came to the US along with his twin brother Akash Patel in 2009 for studies. He co-founded the clothing line and worked as an event promoter, flying coast to coast with friends and clients on trips that often included stops in Scottsdale, the local Republic newspaper reported.

Anand Patel was "an entrepreneur with lots of energy and lots of charisma," his brother told the daily. The plane crash is being investigated by the National Transportation Safety Board with help from the Federal Aviation Administration.