Trump's visa ban not against religion, its about national security: US attorney general

US attorney general Jeff Sessions said the president’s executive order is well within his lawful authority to keep the nation safe. 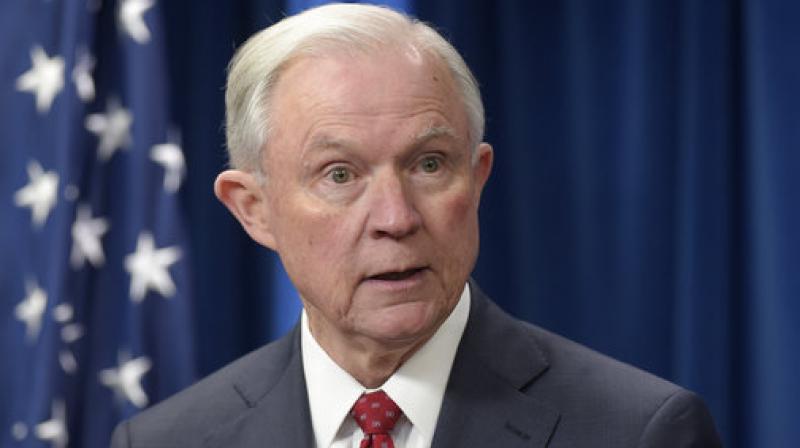 Washington: The visa ban is about national security and not against any religion, US attorney general Jeff Sessions said after a US appeals court upheld a decision blocking President Donald Trump’s revised executive order imposing a travel ban on six Muslim-majority nations.

“President Trump knows that the country he has been elected to lead is threatened daily by terrorists who believe in a radical ideology, and that there are active plots to infiltrate the US immigration system just as occurred prior to 9/11,” Sessions said in a statement on Monday.

He was reacting to Monday’s ruling by a three- judge bench of the US Court of Appeals for the Ninth Circuit against the revised travel ban.

The bench had unanimously ruled against the ban, saying the executive order signed by Trump “exceeded the scope of the authority delegated to him by Congress” to oversee immigration.

“The President is committed to protecting the American people and our national security, and we are proud to support his mission to put America first by defending his right to keep us safe,” Sessions said, adding; “This is the reason why the department of justice will continue to seek further review by the Supreme Court.”

Sessions said the president’s executive order is “well within his lawful authority to keep the nation safe”. “We disagree with the Ninth Circuit’s decision to block that authority,” he said. The recent attacks confirm that the threat to the nation is immediate and real, he said.

“Certain countries shelter or sponsor terrorist groups like ISIS and Al-Qaeda, and we may be unable to obtain any reliable background information on individuals from these war-torn, failed states,” he said. Sessions cautioned against placing “our nation at risk until we have the have the ability accurately and responsibly to vet those seeking entry here”.

“The president was clear in his landmark speech in Saudi Arabia: this is not about religion; it is about national security. In fact, he called upon leaders in the Muslim world to join the United States in protecting religious freedom for all, including the freedom to be free from violence and terror,” Sessions said.

He said that the executive branch is entrusted with the responsibility to keep the country safe under Article II of the constitution but “unfortunately, this injunction prevents him from fully carrying out his Article II duties and has a chilling effect on security operations overall.”

Yesterday’s ruling was the latest in a string of judicial blows to Trump’s efforts to prohibit the entry of citizens of Iran, Libya, Somalia, Sudan, Syria and Yemen for 90 days while the US government reviews their screening procedures.

The executive order also called for a 120-day ban on all refugees.