Half of the population in the region is under 25 years of age, SAMAF chairman Nadeem Nusrat said at the US Capital organised by the body. 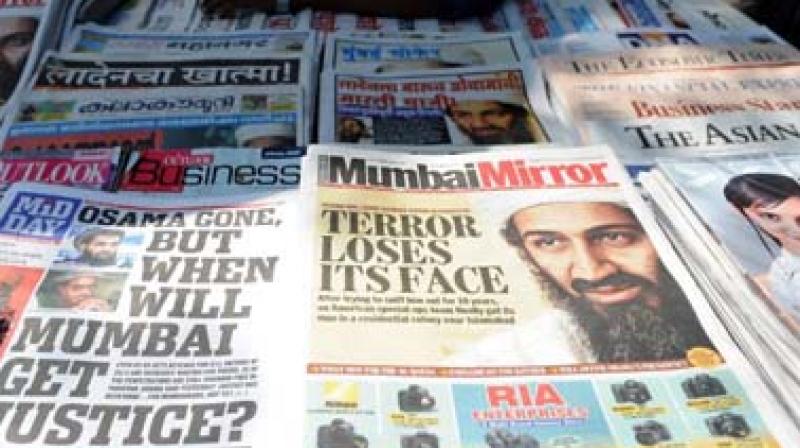 Low literacy rates, proliferation of deadly weapons, rising poverty and ethnic tensions and deprivation make the region a perfect breeding ground for extremist forces and this must be seen and tackled as a global challenge, he said. (Representational Image | AFP)

Washington: South Asia has become a perfect breeding ground for religious extremism and it must be tackled as a global challenge because one-fourth of the world's population lives in this region, a senior leader of the Mohajir community has said.

Half of the population in the region is under 25 years of age, South Asia Minorities Alliance Foundation (SAMAF) chairman Nadeem Nusrat said during a panel discussion at the US Capital organised by the body.

Low literacy rates, proliferation of deadly weapons, rising poverty and ethnic tensions and deprivation make the region a perfect breeding ground for extremist forces and this must be seen and tackled as a global challenge, he said.

Pulitzer Prize winner journalist Pir Zubair Shah said while the militants of banned outfits are freely roaming throughout Pakistan, the elected Pashtun parliamentarians belonging to the Pashtun Tahafuz Movement are being incarcerated in fabricated charges by Pakistani security forces.

He added that the people of the restive north-western region of Pakistan have suffered immensely since the Soviet invasion of Afghanistan and their miseries continue even today. Security forces in Pakistan have used this region as their dumping ground, and militants from all over the world have been sheltered here by the authorities.

For lasting peace in the region, Shah said, it is critical to shun such practices and allow the indigenous Pashtun population to run the affairs of their region.
Congressmen Bobby Scott and Scott Perry expressed their support for promoting religious freedoms and tolerance and the need to raise global and national awareness on this issue.

Taj Ayubi, who played an active role in the Afghan resistance against the Soviets and advised former president Hamid Karzai on international affairs said the people of Afghanistan have made great sacrifices to regain and maintain their freedom, and this is why it is important to ensure that the Taliban are never allowed to rule over Afghanistan again.

Former Congressman Tom Garrett said, "No one in the world should feel insecure in their country or house because of what they believe in. No one must be killed or hurt because of their beliefs or views".

In her remarks, Abha Shankar, director of research at the Investigative Project on Terrorism, shared how Jamat-e-Islami has systematically established its offshoots in the US over the years and these offshoots have played a major role in radicalising some American-Muslims. She shared some of her findings as part of her research, which confirm the role of Jamat-e-Islami in exporting extremist ideas from South Asia to Western countries.

The executive director of SAMAF, Puneet Ahluwalia, said as a proud Sikh-American, he strives to achieve equal religious and human rights for every citizen in every part of the world. He reiterated that SAMAF would continue its untiring efforts for the rights of Christians, Muslims, Sikhs, Hindus, Jews, Buddhists and all other faiths in South Asia.