'We were sobered by that immediate experience, that reality, and we got to work,' Newsom told reporters at a bill-signing ceremony. 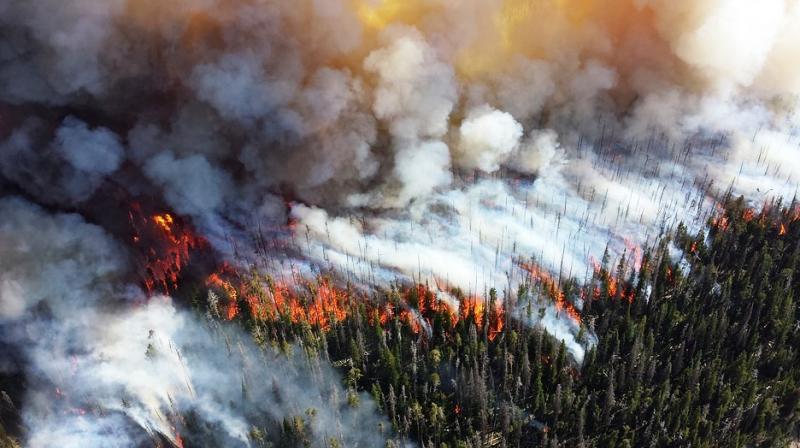 San Francisco-based PG&E will need to pay the most among power providers to support the fund. (Photo: Representational/File)

Both chambers of California's legislature rushed this week to approve the bill and send it to Newsom to meet the July 12 deadline demanded by S&P Global Ratings.

PG&E sought Chapter 11 bankruptcy protection in January after severe wildfires in 2017 and 2018 left it expecting more than USD 30 billion in liabilities.

Failures of PG&E equipment have been blamed for many of the blazes, including the wildfire known as the Camp Fire that killed more than 80 people and destroyed the town of Paradise last November.

The Camp Fire was the deadliest and most destructive wildfire in California's modern history and put PG&E on track for bankruptcy so it can reorganize its finances to pay thousands of expected claims.

For Newsom and lawmakers, the Camp Fire, which erupted on the heels of the governor's election, made addressing wildfire liabilities of power providers and wildfire prevention and mitigation measures a top priority.

"We were sobered by that immediate experience, that reality, and we got to work," Newsom told reporters on Friday at a bill-signing ceremony.

Under the legislation, California's investor-owned utilities will need to agree to put a combined USD 5 billion toward improvements in their electrical grids to access the fund.

They also will pay into the fund evenly with their customers, who will contribute by way of a 15-year extension of an existing rate increase.

San Francisco-based PG&E will need to pay the most among power providers to support the fund.

To access the fund, PG&E will have to submit or have a bankruptcy reorganization plan approved by the end of June 2020 and will need to compensate victims of wildfires in 2017 and 2018 caused by its equipment.