Announcing her decision, Anez stressed that her government would be of transitory nature with a goal to call new elections. 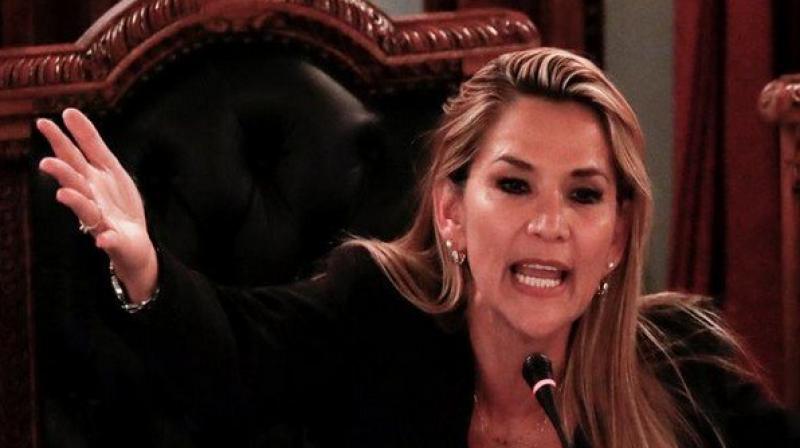 Announcing her decision, Anez stressed that her government would be of transitory nature with a goal to call new elections, according to Anadolu Agency.

"I have to comply with the country, it's about calling for new elections, it's just a transition stage," she was quoted as saying.

Anez, a member of the Democratic Union Party, is known for her anti-Morales politics and has served for 10 years as an opposition lawmaker.

Meanwhile, Morales, who resigned from the presidency under pressure from police and army after a fiercely disputed election, has flown to Mexico after accepting a political asylum, leaving behind a political vacuum in Bolivia.

Presidential polls were held in Bolivia on October 20 and Morales obtained 47.8 per cent of the vote, securing victory in the first round. However, the opposition claimed that there had been election fraud, and some parties urged supporters to take to the streets.

After the opposition called for a cancelling of the polls, Morales announced there would be new elections, but opposition supporters said they would continue protests until an election without Morales was held.

The Bolivian opposition had accused electoral authorities of manipulating the vote in favour of the incumbent Morales, who denied the allegations and declared himself the winner.

Calls for Morales' removal grew over the weekend, culminating in police joining forces with anti-government protesters.

Morales claimed he'd been forced out in a coup -- a charge echoed by many of his allies in South America.