'He’s so extreme and he says so extreme things, so I think people wake up by that in a way,' the 16-year-old said. 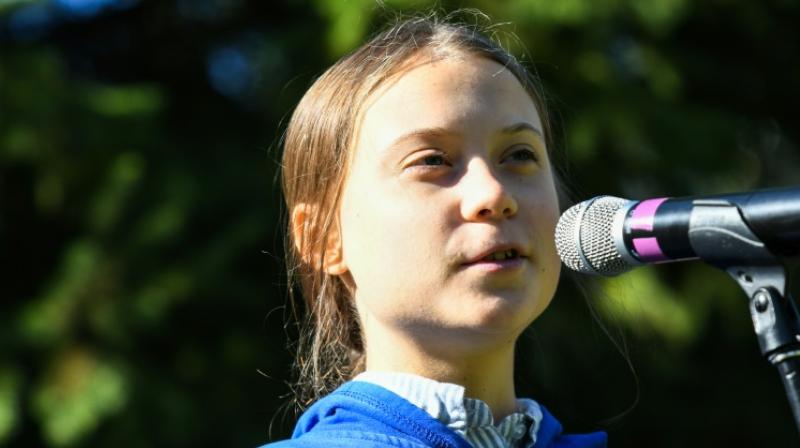 She spoke in an interview with AFP on the eve of her departure from North America where she has spent almost three months. (Photo: File)

She spoke in an interview with AFP on the eve of her departure from North America where she has spent almost three months.

“He’s so extreme and he says so extreme things, so I think people wake up by that in a way,” the 16-year-old said from on board a sailboat preparing to depart from the East Coast town of Hampton, Virginia for Europe early Wednesday.

“I thought when he got elected, now people will finally, now people must finally wake up,” she continued.

“Because it feels like if we just continue like now, nothing’s going to happen. So maybe he is helping.”

A young Australian couple have volunteered to aid her in her return journey.

Elayna Carausu, 26, and Riley Whitelum 35, live on their catamaran with their 11-month-old boy and document their adventures on social media, and responded to Greta’s appeal for help with an environmentally friendly return trip to Europe.

They had originally planned to spend the winter in the United States but will now carry Greta and her father Svante Thunberg on their 14-meter (45 feet) catamaran, “La Vagabonde.”

After months of campaigning in the US and Canada, including an appearance at a key UN climate summit in September, which was the reason for her visit, she offered a lukewarm assessment on the impact.

“It depends,” she said, in her usual matter-of-fact way of speaking.

“In one way, lots of things have changed, and lots of things have moved in the right direction, but also in a sense we have, we have gone a few more months without real action being taken and without people realizing the emergency we are in,” said the high-schooler, who will return to her education next year.

The trip itself should last two to three weeks, depending on weather conditions. The young couple and their son Lenny (who has his own Instagram account) and the Thunbergs will be joined by professional British sailor Nikki Henderson who was called to lend a hand.

Their destination is Portugal, some 5,500 kilometers (3,400 miles) away, in order to participate in the COP 25 UN climate summit in Madrid, Spain from December 2 to December 13.

The venue was originally in Chile but was shifted because of political unrest, forcing Greta to change her travel plans.

“If I get to the COP 25 in time, then I will participate in that, because I have received an invitation to do so,” she said, wearing a windbreaker emblazoned with the words “Unite for Science.”