Obama had made his valedictory speech in his hometown of Chicago earlier this week. 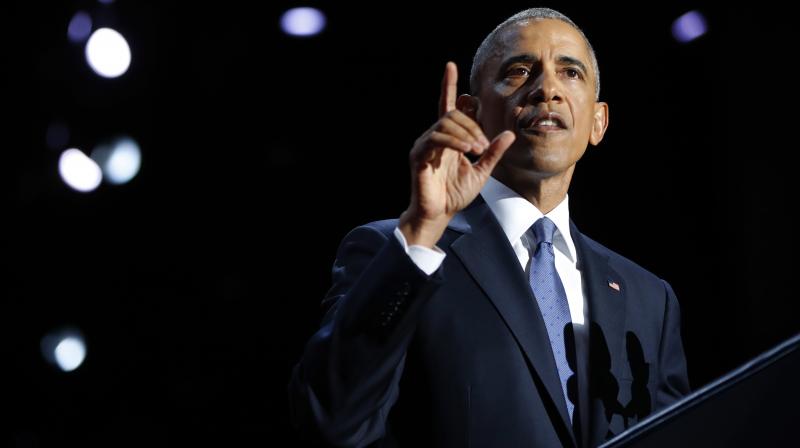 Washington: US President Barack Obama will hold the final press conference of his eight-year administration on Wednesday, just two days before leaving office.

The White House said Obama would appear before the press corps as he prepares to hand over power to Donald Trump on January 20.

Obama had made his valedictory speech in his hometown of Chicago earlier this week. He had issued an emotional defense Tuesday night of his vision to Americans facing a moment of anxiety and a dramatic change in leadership.

Steeped in nostalgia, Obama's return to Chicago was less a triumphant homecoming and more a bittersweet reunion bringing together Obama loyalists and loyal staffers, many of whom have long since left Obama's service, moved on to new careers and started families. They came from across the country - some on Air Force One, others on their own - to be present for the last major moment of Obama's presidency.