St Stephen's School in Newham, east London, became one of the first schools in the country to ban the hijab for girls under eight in 2016. 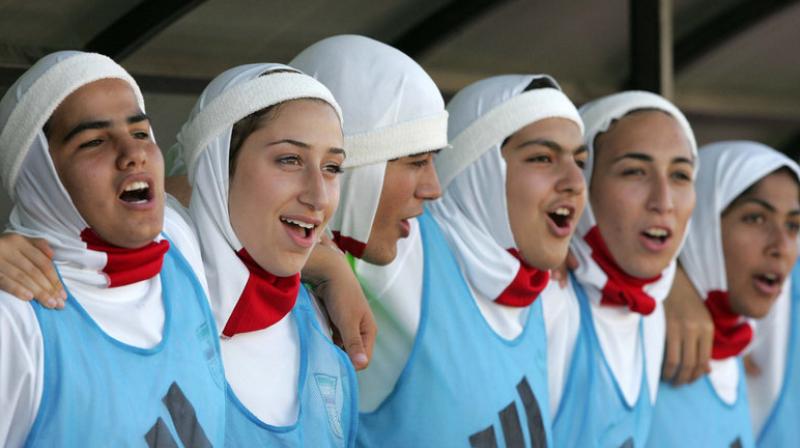 Under the UK's Department for Education guidelines, uniform policy is a matter for individual head-teachers and their governing bodies. (Photo: Representational | AP)

London: One of the UK's leading state-funded schools has called on the government to take a firm stand on children wearing hijab and fasting during Ramadan.

St Stephen's School in Newham, east London, became one of the first schools in the country to ban the hijab for girls under eight in 2016 and intends to ban it for girls under 11 from September 2018.

It also imposed strict rules on Ramadan fasting, a ritual that lasts around 18 hours a day in the summer, on school premises.

The school, with a majority of pupils from Indian, Pakistani or Bangladeshi backgrounds and headed by Indian- origin principal Neena Lall wants the UK government to issue clear guidelines on the issue to prevent a backlash from parents.

"The department should step up and take it out of our hands and tell every school this is how it (fasting) should be. The same for the hijab, it should not be our decision. It is unfair to teachers and very unfair to governors. We are unpaid. Why should we get the backlash? Arif Qawi, chairman of governors at St Stephen's School, told The Sunday Times'.

He said that despite criticism from a few families, some parents were happy with the school's stance on fasting.

"We did not ban fasting altogether but we encouraged them (children) to fast on holidays, at weekends and not on the school campus. Here we are responsible for their health and safety if they pass out on campus. It is not fair to us," said

Qawi, who consulted with Muslim clerics to confirm that fasting should begin from the age of puberty.

Under the UK's Department for Education guidelines, uniform policy is a matter for individual head-teachers and their governing bodies.

"It is a matter for individual schools to decide how to accommodate children observing Ramadan, and to set uniform policies. We issue clear guidance on uniform and to help schools understand their legal duties under the Equality Act?” a Department for Education statement said.

In November 2017, St Stephen's School had topped a prestigious primary schools league table published by The Sunday Times annually. It was listed as the best school in England in the 'Schools Guide 2018' for a strong teaching record.

"Everything we do here comes from our vision that every St Stephen’s child blossoms into a confident, respectful, modern British citizen prepared to be an aspirational contributor in the global community," Lall had said at the time.