Arjun was convicted for the August 2016 strangulation death of her nine-year-old stepdaughter Ashdeep Kaur, who was left in her care. 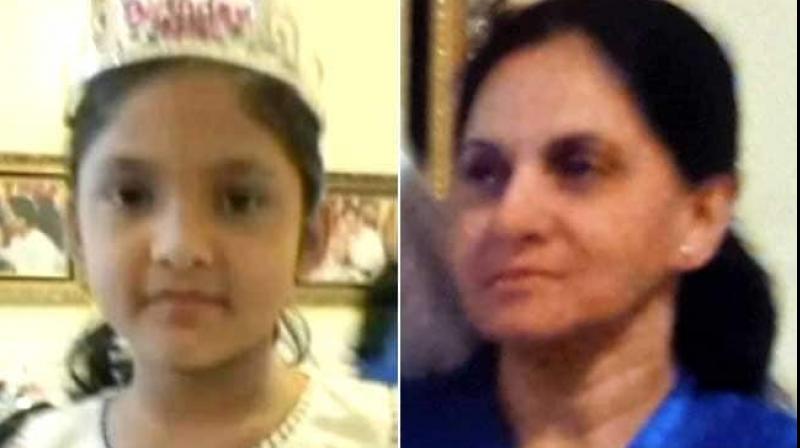 Arjun was convicted for the August 2016 strangulation death of her nine-year-old stepdaughter Ashdeep Kaur, who was left in her care. (Photo: Facebook/ Glenoaksfamily)

New York: An Indian-origin woman in the US has been convicted by a jury of killing her nine-year-old stepdaughter in 2016 and faces up to life in prison at sentencing.

Shamdai Arjun, 55, of Queens, New York was convicted on Friday of second-degree murder by a jury that deliberated for less than one hour before Queens Supreme Court Justice Kenneth Holder, who indicated that he would sentence her on June 3. Arjun faces up to 25 years to life in prison.

Arjun was convicted for the August 2016 strangulation death of her nine-year-old stepdaughter Ashdeep Kaur, who was left in her care.

"This is a horrifying case of a defenseless nine-year-old child, who was to be cared for by her stepmother but was instead strangled to death by her. Her actions are truly incomprehensible and deserve the maximum punishment allowed under the law," Acting Queens District Attorney John Ryan said.

According to trial testimony, on the evening of August 19, 2016, Arjun was observed by an eyewitness leaving her apartment in Queens along with her ex-husband Raymond Narayan, and her two grandchildren ages 3 and 5. When asked about the nine-year-old victim's whereabouts, Arjun informed the eyewitness that the child was in the bathroom and was waiting for her father to pick her up.

The eyewitness, who observed that the bathroom light had been on for several hours, called the victim's father Sukhjinder Singh and was instructed to break through the bathroom door, at which time she found Kaur's lifeless naked body in the bathtub. There were several bruises on her body.

A report filed by the Medical Examiner's Office determined that the cause of death was manual strangulation.

In 2016, Queens Assistant District Attorney Michael Curtis had said that Arjun repeatedly and on numerous occasions threatened to kill the young girl. Kaur's relatives had also said that the young girl had been previously abused by Arjun, who had been entrusted with her care while Singh worked in a local restaurant.

Kaur had arrived in the US from India just three months before she was killed in August 2016 and was living with her father and Arjun in an apartment in Queens that was shared with another couple.

The housemate had seen Kaur go in the bathroom with Arjun, who later came out alone and left the building. She allegedly said that Kaur was taking a bath.

New York Police Department detectives had then gone to Narayan's residence and found him, Arjun and the two grandchildren inside the apartment.