World   Americas  14 Aug 2017  39-year-old Sikh who entered US illegally a decade ago to be deported to India
World, Americas

After a week of detention, Singh has been released with an ankle monitor and will have to return to India at the end of three months. 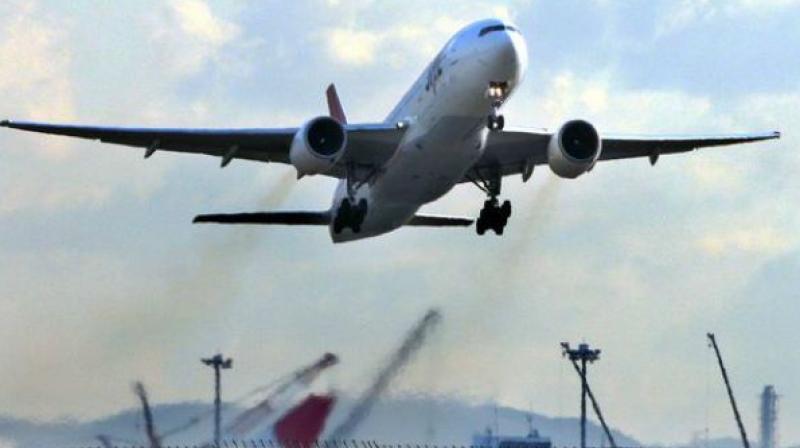 New York: A 39-year-old Sikh, who entered the US illegally through Mexico over a decade ago, will be deported to India as the Trump administration continues its crackdown on illegal immigrants.

Baljit Singh had crossed the border into Texas illegally 12 years ago. His attorney said being a Sikh, he had fled religious persecution in Punjab where he feared for his life.

Singh, who has no criminal history and is a father of two children who are US citizens, was required to go for periodic check-ins with immigration officials and during one such visit early this month, he was told he will be deported to India after 90 days, a report in the Los Angeles Times said.

After a week of detention, Singh has been released with an ankle monitor and will have to return to India at the end of three months.

"With this new administration, the rules have changed everybody goes," his wife, Kate Singh told The Times.

"It doesn't matter if you're a father and haven't done anything to break the law, or if you're a criminal. Everybody's going. Its just a huge cleanup," she said.

President Donald Trump came into office promising to expel the estimated 11 million people living in the US illegally, who he says steal American jobs and fuel crime.

Most are from Mexico, and many of them have been here for decades, raising families, owning homes and businesses.

Singh has fought a lengthy legal battle to stay in the country. A judge had denied his asylum case.

The report quoted Immigration and Customs Enforcement (ICE) spokeswoman Lori Haley as saying that Singh’s immigration case has undergone "exhaustive review" over the last 11 years at multiple levels of the Department of Justices immigration court system.

"The courts have consistently held that Singh does not have a legal basis to remain in the US," Haley said in the report.

Even though Singh has no criminal history, Haley said the head of the agency has made it clear that anyone in the country illegally "may be subject to arrest, detention and, if found removable by the immigration courts, as Singh was, removed from the United States."

Singh’s attorney Elias Shamieh said in the report that while Singhs legal case went on, he was allowed to stay in the country as long as he checked in with his immigration officer every six months.

"The human element has been stripped from the immigration service as it stands right now - there is no compassion," Shamieh said.

"It’s a really destructive approach to the immigration laws."

Singh’s wife questioned how she would survive financially without her husband, who as a gas station manager is the sole breadwinner of the household.

"Im all for criminals, drug dealers and troublemakers to be sent back," Kate Singh wrote in a blog post.

"...They are scooping up the good with the bad in their nets just like the destruction that takes place with net fishing. The inedible fish and precious coral get swooped up with the wanted fish. Habitats are destroyed with these nets," she wrote.