China told Pak that both countries were ‘friendly neighbours’, wants them to resolve issue through UN resolutions, Shimla Agreement. 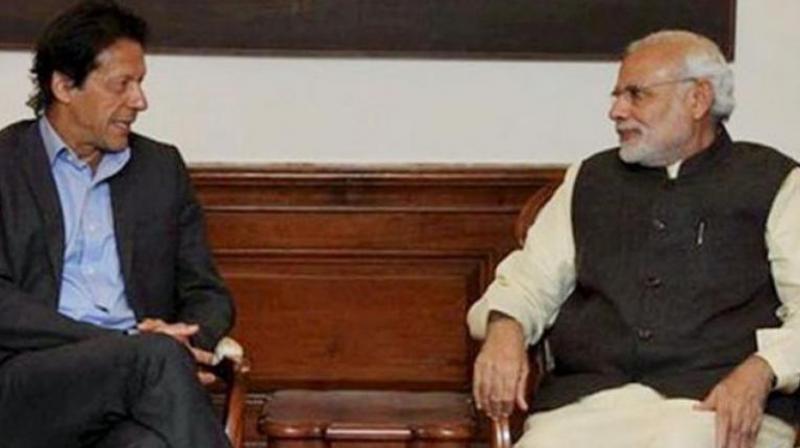 United Nations, New York: After the revoking of Article 370, Pakistan has requested the United Nations Security Council to convene an emergency meeting over India's decision to revoke the special status of Jammu and Kashmir and bifurcate the state, with foreign minister Shah Mahmood Qureshi saying his country would not provoke a conflict but “India should not mistake our restraint for weakness”.

Qureshi wrote a letter to the UNSC. In the letter, he said, “If India chooses to resort again to the use of force, Pakistan will be obliged to respond, in self defence, with all its capabilities." He added that "in view of the dangerous implications" Pakistan requested the meeting, reported News18.

On Saturday, Pakistan had said that Beijing wholeheartedly supported the UNSC over the repeal of Article 370 after Qureshi visited China on Friday and met with his Chinese counterpart Wang Yi and other top officials in China.

On Friday however, China told Qureshi that it regarded both India and Pakistan as "friendly neighbours" and wants them to resolve the issue through UN resolutions and the Shimla Agreement.

It was not immediately clear how the 15-member council would respond to the request and whether a member of the body would also need to make a formal request.

For the month of August, Poland is the president of the UN Security Council. Polish Foreign Minister Jacek Czaputowicz told reporters at the United Nations on Tuesday that the council had received a letter from Pakistan and "will discuss that issue and take a proper decision" according to News18.

Poland has expressed hope "that both countries can work out a mutually beneficial solution bilaterally." However, speaking to News 18, Polish Ambassador to India Adam Borakowski also said: "As a non-permanent member of the UN Security Council Poland stands ready, if needed, to engage in preventing actions impacting security situation."

Tensions between India and Pakistan rose further last week after India revoked Article 370 to withdraw the special status to Jammu and Kashmir and also bifurcated the region into two Union Territories — Jammu and Kashmir and Ladakh. In reaction to India's move, Pakistan downgraded the diplomatic relations by expelling the Indian High Commissioner and suspended trade ties with New Delhi.

Soon after that, Pakistan suspended the Samjhauta Express, Thar Express train services with India which links the two countries across the Punjab and Rajasthan borders respectively. The government has also banned the screening of Indian films in the country's cinemas.

Pakistan then said it would approach the Security Council, though Qureshi admitted to the media of his country that “UN was not waiting for them with garlands”.

Qureshi even asked his countrymen not to live in a "fool's paradise" as he highlighted that it will not be easy for Islamabad to get the support of the UN Security Council as well as from the Muslim world against India's decision to withdraw Jammu and Kashmir's special status.