World   Americas  14 Sep 2018  At least one dead as dozens of gas blasts rock Boston suburbs in US
World, Americas

Residents in all three towns with utilities service from Columbia Gas had been asked to evacuate immediately. 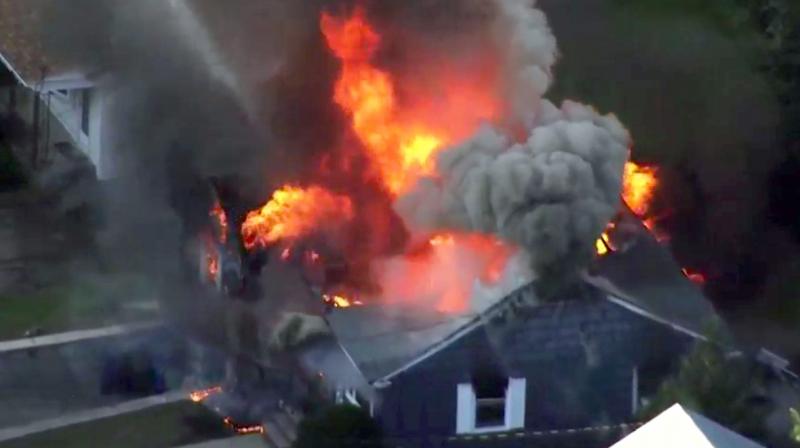 In this image take from video provided by WCVB in Boston, flames consume a home in Lawrence, Mass, a suburb of Boston. (Photo: AP)

Boston: Dozens of explosions, apparently triggered by a natural gas pipeline rupture, rocked three communities near Boston on Thursday, killing at least one person, injuring 12 and prompting the evacuation of hundreds, officials said.

The blasts left dozens of homes and other buildings demolished or engulfed in flames as firefighters from some 50 departments raced for hours from one blaze to another and utility crews rushed to shut off gas and electricity in the area to prevent further ignitions.

Police drove up and down streets with bullhorns telling residents to vacate their homes immediately.

Columbia Gas, a unit of the utility giant NiSource Inc, announced earlier on Thursday that it would be upgrading gas lines in neighbourhoods across the state, including the area where the explosions occurred. However, it was not immediately known whether any work was being done in those communities at the time. 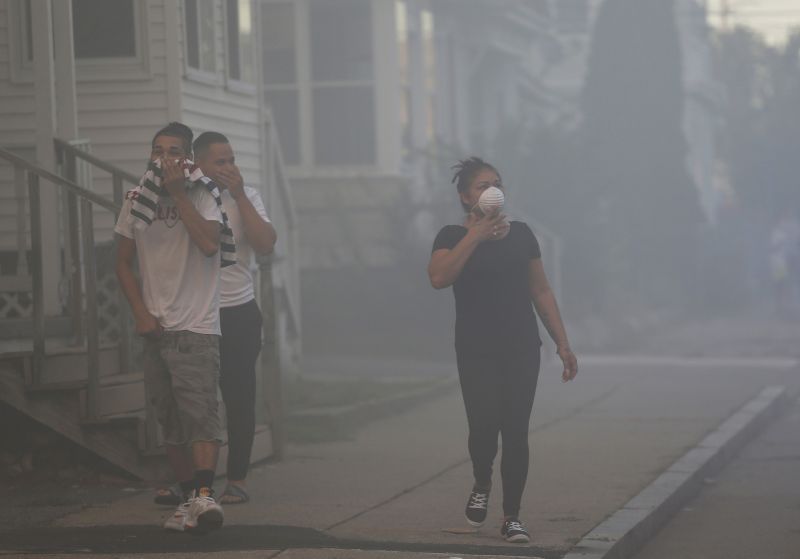 People cover their faces to protect themselves from heavy smoke from a fire on Bowdoin Street in Lawrence. (Photo: AP)

The US Department of Transportation's Pipeline and Hazardous Materials Safety Administration (PHMSA) said it was sending a team to support the state's emergency response efforts.

The former head of the agency, Brigham McCown, called the series of gas explosions "unprecedented, at least in recent memory."

"I can't think of a series of natural gas-related incidents like this," McCown, who led PHMSA under President George W. Bush, told Reuters by telephone. "We have had similar issues on a much smaller scale."

He said the National Transportation Safety Board was also sending a team headed by its chairman, Robert Sumwalt, to investigate the disaster.

The streets were darkened after nightfall with power cut off to the area as a precaution.

Lawrence General Hospital said on its Facebook page it treated 13 people for injuries ranging from smoke inhalation to blast trauma. One of those patients, who was in critical condition, was transported to Massachusetts General Hospital in Boston. Officials told Reuters that patient later died.

At least three people, including one firefighter, were hurt in Andover, the town said in a statement, but it was unclear whether any of those individuals were among the patients treated in Lawrence, some of whom were later released.

"This has been an overwhelming event," Mansfield told reporters, saying that fire companies responding to blazes were putting one house fire out only to discover another house on fire as they finished their work. "This event is not over tonight. This event will probably go on."

Massachusetts State Police said a total of 70 fires, explosions or investigations of gas odour had been reported. Some 50 fire departments responded to the emergency, said John McArdle, fire chief of Plaistow, New Hampshire, which sent a tower ladder and engine crew to the scene.

North Andover resident Laurie Williams, 55, said she drove home from work to find police and fire vehicles blocking streets near her home and learned that three buildings nearby were on fire. 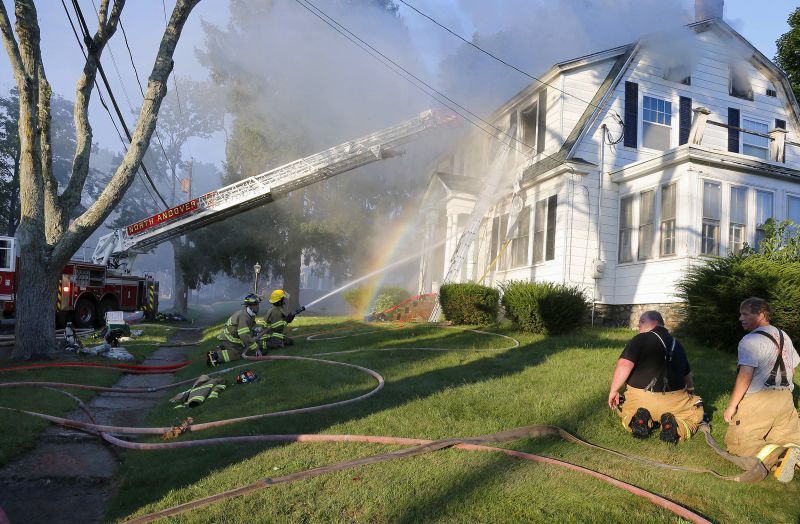 "It was very scary," Williams told Reuters by telephone, saying she could see smoke on the skyline. "My first thought was this is a gas explosion."

State police urged residents served by Columbia Gas to evacuate their homes. Lawrence Mayor Dan Rivera said residents in the southern part of the city had been asked to leave their homes whether or not they were Columbia Gas customers, due to planned power cuts.

Gas utilities have come under heightened scrutiny in recent years for an ageing network of pipelines that critics say are not being properly inspected and maintained, posing a growing risk to public safety.

That occurred when a Columbia Gas technician called to investigate a gas odour at a nightclub accidentally punctured a line, the state Department of Public Utilities said in a report.