Pockets of concentration camp: US to re-introduce nitrogen for executions

The United States is a rarity among developed nations in allowing capital punishment. 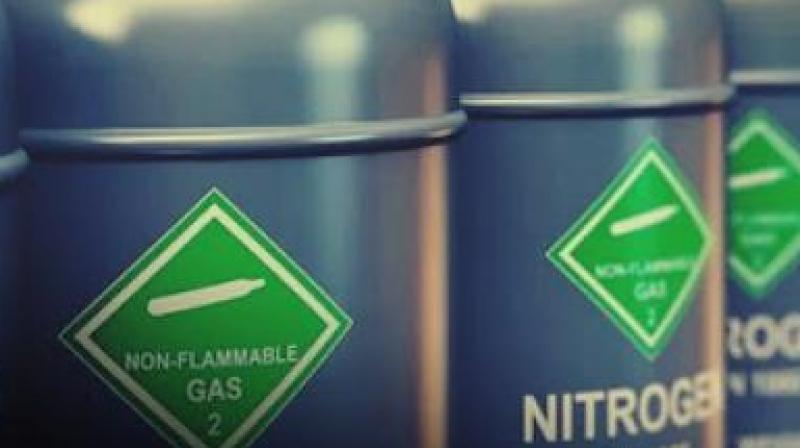 Oklahoma Attorney General Mike Hunter said in a statement that the state would use the gas as its primary means of execution. (Representational Image)

Oklahoma officials said on Wednesday the state would resume executions using nitrogen gas, a move that would make it the first US state to use the gas for capital punishment.

Oklahoma Attorney General Mike Hunter said in a statement that the state would use the gas as its primary means of execution once a procedure for its use had been finalised.

A spokeswoman for Hunter declined to comment on when executions might resume following a three-year hiatus. It was not likely until the end of 2018 at the earliest, The Oklahoman newspaper reported.

Oklahoma has not carried out an execution since 2015 after a series of mishaps, including a botched lethal injection where an inmate was seen by witnesses writhing in pain on a death chamber gurney.

Oklahoma is turning to nitrogen after it, and other states, have been unable to acquire drugs required for lethal injections due to opposition from manufacturers to their products being used for capital punishment.

According to the state law, if lethal injection is unavailable, executions must be carried out by nitrogen gas inhalation, Hunter said in the statement.

Nitrogen is an odourless and tasteless gas that makes up about 78 percent of the air we breathe but it causes death when inhaled without any oxygen.

Oklahoma is among 31 US states that permit the death penalty and it has carried out 112 executions, the third highest number for a US state, since 1976 when capital punishment was reinstated, according to the Death Penalty Information Center, a non-profit capital punishment monitor.

Oklahoma has 16 inmates on death row who have exhausted all appeals, Hunter's spokeswoman said.

The United States is a rarity among developed nations in allowing capital punishment. Overall US executions rose slightly in 2017 to 23 but remained around the lowest in decades, according to the Death Penalty Information Center.

Globally, the United States ranked seventh or eighth in executions in 2016, behind China, Iran, Saudi Arabia, Iraq, Pakistan, Egypt and possibly Vietnam, where the total number of executions remains unclear, the centre said.