President Trump was expected to visit her at the hospital, which is located in Bethesda, Maryland. 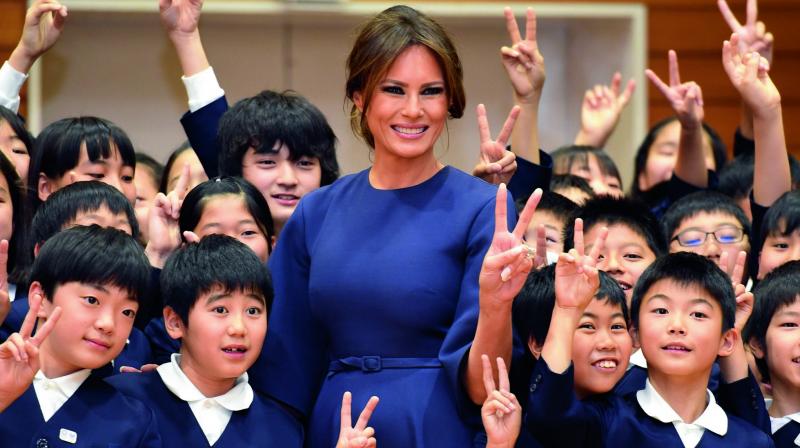 Washington: President Donald Trump's wife, Melania Trump, underwent a surgical procedure on Monday to treat a benign kidney condition and will remain at Walter Reed medical centre for the rest of the week, the first lady's office said.

Spokeswoman Stephanie Grisham said in a statement that Mrs Trump, 48, underwent an embolization procedure to treat the kidney condition.

"The procedure was successful and there were no complications," Grisham said. "The first lady looks forward to a full recovery so she can continue her work on behalf of children everywhere."

President Trump was expected to visit her at the hospital, which is located in Bethesda, Maryland, a Washington suburb, a White House official said.

The Slovenian-born first lady last week rolled out an agenda for her White House work focused on helping children.