World   Americas  15 May 2020  US gives doctors guidance on how to spot rare COVID-linked syndrome in children
World, Americas

The guidance follows several reports of the syndrome in France, Italy, Spain and Britain and more than 100 cases in the state of New York 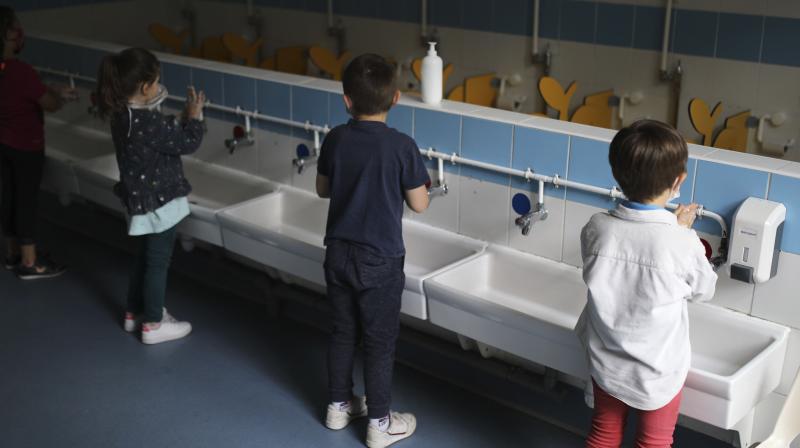 The U.S. Centers for Disease Control and Prevention on Thursday issued guidance to doctors on how to recognize and report cases of a rare, life-threatening syndrome in children associated with the new coronavirus.

The guidance follows several reports of the syndrome in France, Italy, Spain and Britain and more than 100 cases in the state of New York.

The reports have raised concerns that COVID-19, the disease caused by the novel coronavirus, could pose a greater risk to children than had been understood. COVID-19 so far has taken its greatest toll on the elderly and those with chronic health conditions.

The new U.S. guidance defines the condition as occurring in children under 21 with fever, evidence of inflammation, illness severe enough to require hospitalization and impairment of multiple organs such as the heart, kidneys, blood vessels, gut, skin and nerves.

To meet the criteria, doctors should rule out other plausible diagnoses. Children with the condition should also test positive for current infection with the novel coronavirus or for antibodies demonstrating a recent infection.

As of May 12, the New York State Department of Health has identified 102 patients with similar presentations, many of whom tested positive for SARS-CoV-2 infection or antibodies to the virus that causes COVID-19. Both New York state and New York City continue to receive additional reports of suspected cases, the CDC said on Thursday.

The U.S. guidance follows recent reports of the syndrome by doctors in France and northern Italy published in the journal The Lancet.

In Bergamo, Italy, between Feb. 18 and April 20, the Hospital Papa Giovanni XXIII admitted 10 children with the syndrome, including eight who tested positive for coronavirus antibodies. Over the last five years, doctors there had seen a total of only 19 children with Kawasaki disease, according to the report published by The Lancet late on Wednesday.

Compared to children with Kawasaki disease in the past, those they saw during the pandemic were older and more severely ill, the report said, with 60% suffering heart complications and half having signs of toxic shock syndrome.

French researchers on Thursday reported Kawasaki disease-like symptoms in 17 children admitted to a Paris hospital between April 27 and May 7, while in an average two-week period they would have expected to see only one such case.

The report, by Dr Martin Chalumeau of Necker Hospital for Sick Children, has not been peer reviewed. It was posted on the medRxiv website, which has been a major source of research on COVID-19 before official publication.

Some researchers have suggested the coronavirus family might trigger Kawasaki disease.

“The symptoms in children are different from adults with COVID-19 in whom the illness is more of a respiratory condition,” said Dr George Ofori-Amanfo, division chief of Pediatric Critical Care at Mount Sinai Kravis Children’s Hospital, New York.

Children with the rare inflammatory syndrome often have severe abdominal pain and vomiting that progresses to shock, Ofori-Amanfo told Reuters. He said none of the children he has seen recently with this syndrome had any underlying disease, but they all had antibodies for the coronavirus.