A senior US official named the gunman as James T. Hodgkinson from the St. Louis suburb of Belleville, Illinois. 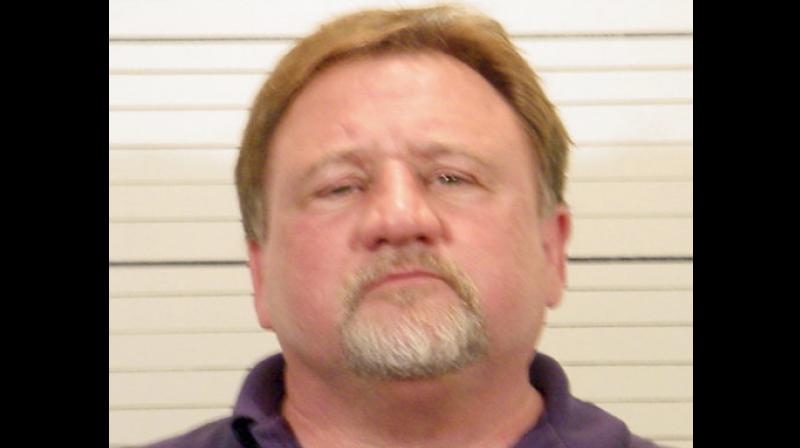 Hodgkinson died from injuries sustained in a shoot-out with Capitol Hill police who were at the scene in Alexandria, Virginia. (Photo: AP)

Belleville (US): The man suspected of opening fire on Republican lawmakers as they played baseball on Wednesday raged against Republican US President Donald Trump on social media and idolized Bernie Sanders, who he saw as the only politician who understood the working class.

A senior US official named the gunman as James T. Hodgkinson from the St. Louis suburb of Belleville, Illinois. State records showed he was a 66-year-old home inspector. He died from injuries sustained in a shoot-out with Capitol Hill police who were at the scene in Alexandria, Virginia.

He is believed by investigators to have been a person "of strong views," the US official said, without elaborating.

The Belleville News-Democrat, a local newspaper, posted a photograph of Hodgkinson protesting outside a post office there in 2012, wearing sunglasses and a goatee and holding a homemade placard that read "TAX the Rich."

Hodgkinson was a member of many anti-Republican groups on Facebook including "The Road to Hell Is Paved With Republicans," "Terminate The Republican Party," and "Donald Trump is not my President," his profile showed before it was taken down.

"Trump is a Traitor. Trump Has Destroyed Our Democracy. It's Time to Destroy Trump & Co." Hodgkinson wrote in a March 22 post. His profile picture was a U.S. flag with the slogan, "Democratic Socialism explained in 3 words: 'We the People.'"

Hodgkinson went to Washington several weeks ago to protest against Trump's election, his brother told the New York Times.

The former mayor of Alexandria, Bill Euille, said he talked with the suspect at the local YMCA most mornings for more than a month, and even tried to help find Hodgkinson a job after seeing he was living out of a gym bag, the Washington Post said.

"He was a very friendly person," Euille told the Post. "He sat in the Y's lobby for hours and hours. Outside of myself, I don't think he knew anyone else in town."

Euille said the YMCA's manager told him Hodgkinson was there Wednesday morning and walked to the ballfield at about 7 a.m.

Sanders, an independent who ran as a progressive populist but was defeated by Hillary Clinton, said the suspect had "apparently volunteered" on his campaign. In a statement, Sanders condemned the shooting as a despicable act."

One woman who asked not to be named told Reuters that Hodgkinson had contacted her via Facebook as part of a political discussion, but that he subsequently commented on her page that Clinton was a "liar" and a "baby killer."

"I actually blocked him at one point," the woman said.

A neighbour in Belleville, William Schaumleffel, recalled how in March he heard gunshots and saw Hodgkinson shooting with a long gun towards woods across a corn field from his yard.

"I yelled at him, 'Hey stop shooting over there. There are houses over there,'" Schaumleffel said. Hodgkinson did not stop, he added, so he filed a report with the sheriff's office.

Hodgkinson's criminal history included a 2006 arrest on battery charges that were later dismissed, as well as multiple traffic violations, according to state records that identified him as a five-foot, six-inch (1.67-meter) man weighing 190 pounds (86 kg), with brown eyes. Most of the infractions were ultimately dropped.

Beginning in mid-2015, Hodgkinson began expressing support for Sanders' 2016 campaign, and federal records showed he donated $18 to the effort.

"Bernie is the Only Candidate in Decades that Really Cares about the Working Class," Hodgkinson posted on June 13, 2016.

The Belleville News-Democrat published letters he wrote them criticizing Republicans, tax policies and income inequality. One from August 2012 read: "I have never said 'life sucks,' only the policies of the Republicans."