Pharmacies in Uruguay to start selling marijuana from next week

Pharmacists said they are not sure how profitable pot sales will be -- registered smokers can buy no more than 40 grams a month. 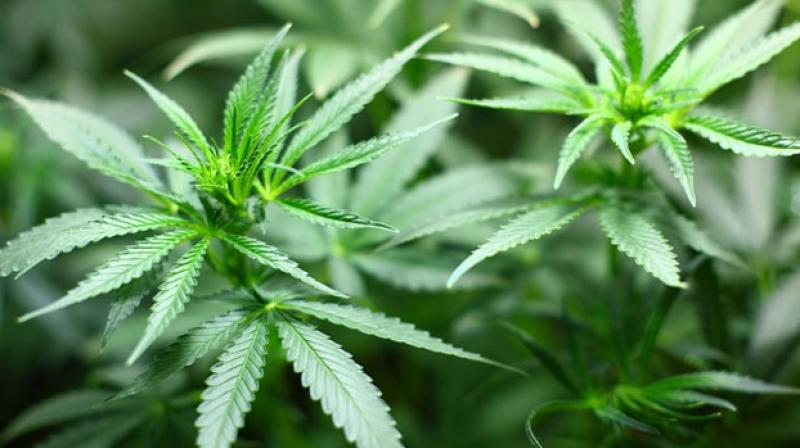 People have to register to buy pot in pharmacies, and so far 4,700 have done so, most of them in the 30 to 44 age group, according to government figures. (Photo: Pixabay)

Montevideo: Uruguay will allow pharmacies to sell marijuana starting next Wednesday, in the final phase of a law making the small South American country the first in the world to legalize and regulate pot from production to sale.

Under legislation approved in 2013, Uruguayans have been allowed to grow their own pot and smoke it in clubs.

But working out a timetable for pharmacies to sell it -- the third and last conduit called for in the legislation -- proved trickier. This has now been resolved, the state agency regulating marijuana said in a statement Friday.

People have to register to buy pot in pharmacies, and so far 4,700 have done so, most of them in the 30 to 44 age group, according to government figures. Uruguay's total population is 3.4 million.

Under the first phase of the 2013 law, more than 6,600 people have registered to grow weed at home, and 51 smokers' clubs have been authorized.

The state Institute for the Regulation and Control of Cannabis (IRCC) has authorized the sale of two types of marijuana, to be sold in packages of five and 10 grams.

Pharmacists say they are not sure how profitable pot sales will be -- registered smokers can buy no more than 40 grams a month, at $1.30 a gram -- and they have expressed concern about training the employees who will handle pot, and providing security against theft.

There have also been questions about the quality and potency of the officially provided weed, with some saying it is remarkably weak.

Only two companies were authorized to produce marijuana for pharmacies -- under military protection, and with no public access.

Government officials insist they will prevent "cannabis tourism." Only Uruguayans and legal residents will be allowed to partake.