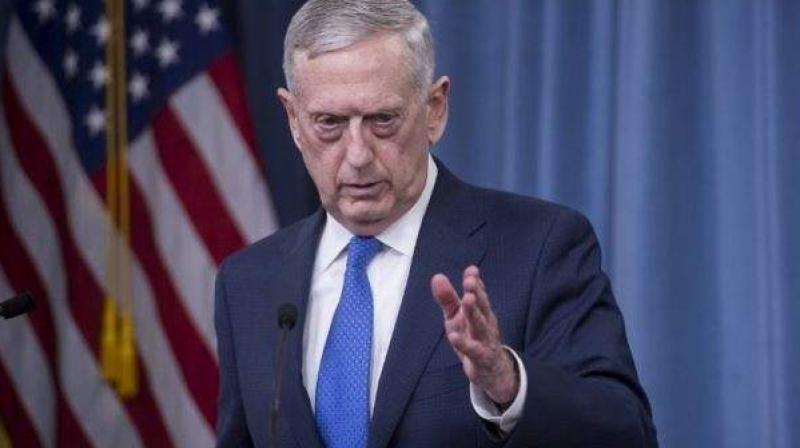 Speaking during a trip to Brazil on Tuesday, Mattis said repeatedly that the US has no plans to put weapons in space, but he emphasised the vital and growing role that satellites play not just in military operations but in the world economy. (Photo: File)

Rio De Janeiro: A US Space Force is necessary to protect American satellites from being targeted by attack weapons in the hands of China and Russia, Defence Secretary Jim Mattis has said.

Speaking during a trip to Brazil on Tuesday, Mattis said repeatedly that the US has no plans to put weapons in space, but he emphasised the vital and growing role that satellites play not just in military operations but in the world economy.

He recalled China's use of a ground-based missile to destroy one of its own nonfunctional weather satellites in January 2007, which he suggested was a calculated demonstration to the United States of Chinese capabilities.

"We understand the message that China was sending that they could take out a satellite in space," Mattis said in remarks to about 270 military officers and civilians at Brazil's premier war college.

"Since then our intelligence services have watched other nations, including Russia, develop a space attack capability."

He was responding to a question from an audience member who expressed concern that the planned Space Force could lead to an international arms race in space.

Mattis said the US cannot ignore potential threats to satellites that are crucial to communication, navigation, weather information and other underpinnings of modern life.

"We are not initiating this. We are saying we will be able to defend our satellites in space. At the same time, if someone is going to try to engage in space with military means, we will not stand idly by. We don't intend to militarise space. However, we will defend ourselves in space if necessary."  He did not say this meant the US would respond to a satellite attack by attacking the aggressor's satellites or with any other use of force.

But that scenario is one that worries many who have warned that space could become the next global battlefield.

The US military has worked on anti-satellite weaponry in the past but has no deployed weapon dedicated to that mission today.

Asked later to elaborate on how the US would respond to an attack on a satellite, Mattis said he preferred to maintain ambiguity.

"We will not stand idly by if someone tried to deny us the use of space."

He added: "I wouldn't read anything more into" his comments.

Mattis' point about countering the space capabilities of other nations was reinforced yesterday by the State Department's top arms control official, Yleem Poblete, speaking in Geneva at the UN Conference on Disarmament.

She said that despite Russian claims it wants to prevent an arms race in outer space, Moscow is developing new anti-satellite missiles and has given its forces a mobile laser system.

She also voiced suspicion about Russia's deployment last October of a satellite whose behaviour she said was inconsistent with its supposed purpose of conducting in-orbit space inspections.

"Russian intentions with respect to this satellite are unclear and are obviously a very troubling development," Poblete said.

The timing of Mattis's visit to Brazil, so soon after Pence announced the Space Force plan last Thursday, was coincidental.

Mattis's trip, which includes follow-on stops in Argentina, Chile and Colombia, had been in planning for many months.

In a speech prior to fielding questions from the war college students, Mattis made a detailed pitch for closer US-Brazilian security relations.

He noted that Brazil was an ally during World War II; later he visited a monument in Rio to Brazil's role in the conflict.

He emphasized US interest in partnering with Brazil in space research, an area in which China has shown growing influence in South America.

The Chinese operate a space centre in the Patagonia region of Argentina.

Brazil's Alcantara space centre is located near the equator, making it advantageous for space launches.

The closer a launch is to the equator, the more velocity the rocket gets from the Earth's rotation.