The lawmakers advocated for a US policy towards Tibet that protects the rights, autonomy and dignity of the Tibetan people 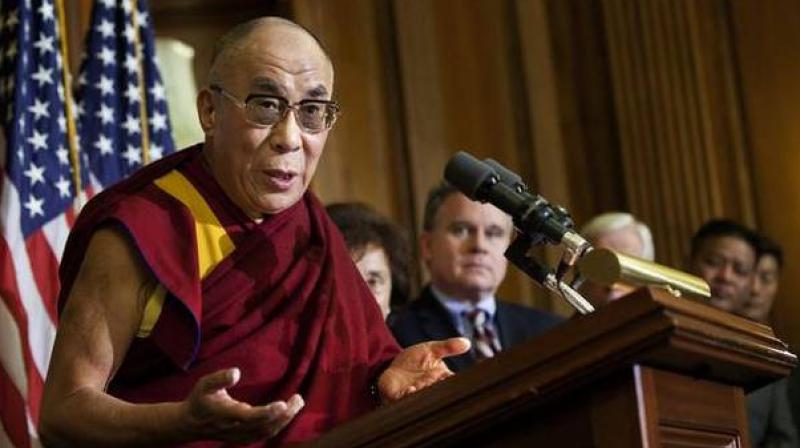 Washington: A bipartisan group of top American Senators has urged the Biden administration to give top priority to the Tibetan issue, in particular engaging with the Tibetan spiritual leader the Dalai Lama, saying there is a need for a policy that further validates Tibet's distinct political, ethnic, cultural and religious identity apart from that of China.

The Tibetan Policy and Support Act of 2020 (TPSA) passed by the US Congress makes it official United States policy that decisions over the reincarnation of the Dalai Lama are exclusively within the authority of the current Dalai Lama, Tibetan Buddhist leaders and the Tibetan people. China, meanwhile, has tightened its control in Tibet.

The US Senators, in a letter to Uzra Zeya, Under Secretary of State for Civilian Security, Democracy and Human Rights, said that Tibet matters to the US.

Tibet matters to us, not only as an issue that is important to our constituents and the Tibetan-American community, but also as a tangible manifestation of a principled foreign policy that prioritises human rights and the quest for human dignity, they said.

Indian-origin Zeya is expected to be appointed as Special Coordinator for Tibetan Issues.

The lawmakers advocated for a US policy towards Tibet that protects the rights, autonomy and dignity of the Tibetan people.

The letter also calls for a policy that further validates Tibet's distinct political, ethnic, cultural and religious identity apart from that of the People's Republic of China.

We stand ready to work with you on this urgent moral issue, they said.

As you prepare to assume the duties of the Special Coordinator, we write to convey our thoughts about how the Biden administration and Congress can collaborate to advance US policy on Tibet consistent with US law, including the 2002 Tibetan Policy Act and the 2020 Tibetan Policy and Support Act (TPSA), they wrote.

Led by Senator Marco Rubio, the lawmakers said that President Joe Biden can demonstrate the importance of the Dalai Lama's moral message and example by inviting him to meet in the Oval Office to discuss shared interests and strategies for addressing the world's most pressing problems.

If His Holiness is unable to travel, then the President should seek an opportunity to meet with him in India, or send a high-level representative, such as the Vice President or a cabinet official, to do so in his stead, they said.

Seeking to deepen the engagement with the Central Tibetan Administration (CTA) in Exile, the senators sought to engage the new Sikyong, Penpa Tsering, on ways to improve the livelihoods of Tibetans within the CTA, to protect Tibetan culture and language inside and outside of Tibet, and to resolve the Tibet conflict consistent with Tibetans' aspirations for dignity and freedom.

Religious freedom and the Dalai Lama's reincarnation. The Tibetan Policy and Support Act (TPSA) established as US policy that decisions involving the next Dalai Lama are religious in nature and belong solely to him and the Tibetan people. We welcome the Biden administration's support of this policy, they wrote.

We urge you, and other administration officials, to publicly reiterate this policy and work with like-minded governments to craft a multilateral strategy to affirm this stance as the international norm, not only as a matter of religious freedom but as a strategic counter to the Chinese Communist Party's and government's claims of ownership to the lands of the Tibetan people and its assertion of control over the religious institution of the Dalai Lama, the letter added.

China is accused of suppressing cultural and religious freedom in Tibet. China has rejected the accusations.

Since becoming China's President in 2013, Xi Jinping has pursued a firm policy of stepping up security control of Tibet. Beijing has been cracking down on Buddhist monks and followers of the Dalai Lama, who despite his exile remains a widely admired spiritual leader in the remote Himalayan region. Beijing views the 86-year-old Dalai Lama as a separatist.

Last month, China's ruling Communist Party appointed Wang Junzheng, sanctioned by the US, Britain, the EU and Canada for his alleged role in the human rights violations against Uygur Muslims in Xinjiang, as the head of the party unit in Tibet.