Trump will face pink wall a day after inauguration

Name of the hats comes partly from President-elect Trump’s comments in an infamous 2005 tape that came to light during his campaign. 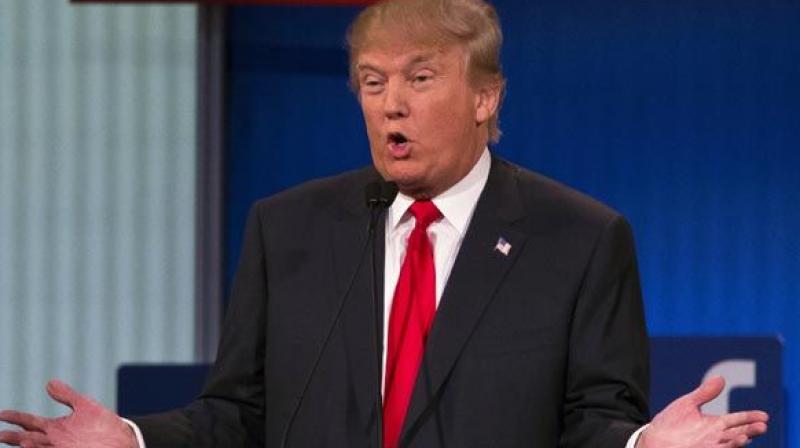 Los Angeles: The National Mall in Washington could become a sea of bright pink the day after Donald Trump is inaugurated as US President if the vision of a pair of Los Angeles women is realised.

For two months, Krista Suh and Jayna Zweiman have called on people around the world to make 1.17 million pink “pussyhats” for those attending the Women’s March, a rally on January 21 organised with hopes of bringing attention to civil and human rights issues.

The name of the hats comes partly from President-elect Trump’s comments in an infamous 2005 tape that came to light during his campaign. Mr Trump, while discussing women, said, “Grab them by the p***y. You can do anything.”

The project would “create a sea of pink hats which is going to be a strong collective visual statement”, Ms Zweiman said.

It is also meant to involve “people across the country and the world who want to be a part of the march but can’t physically be there and want to support the marchers”, she said.

The women have asked volunteers around the world to help sew, crochet or knit pink hats with ears by using simple patterns available on the project’s website. They say it is easier than knitting a scarf, the typical starter project for novices.

“It’s a rectangle folded in half, stitched up the sides and when you put it on your round head, these ears come out,” said Ms Zweiman, surrounded by women stitching away at a knitting store on Friday night.

Marchers can get a hat by contacting a maker through an online distribution system, through social media or at sites in Washington.

“So it’s a distribution system that’s very grassroots and our aim is to get a hat on every marcher’s head who wants one,” Ms Zweiman said.

Organisers have said the protest could draw at least  200,000 people, but Ms Suh and Ms Zweiman decided to aim for the 1.17 million people that could feasibly fit in the mall.

For some knitters at Friday’s “pussyhat party,” it was hard to put the needles down as the deadline nears.

“Doing this is taking my mind off things,” said Marina Mont’Ros.

“This will be my 35th hat. Every time I think ‘OK, that’s enough. I’ve made enough, I’m going to stop,’ I read something in the news and, give me that yarn! I’m making more.”