Donald Trump claimed Japanese Prime Minister Shinzo Abe had nominated him for the Nobel Peace Prize over his outreach to North Korea. 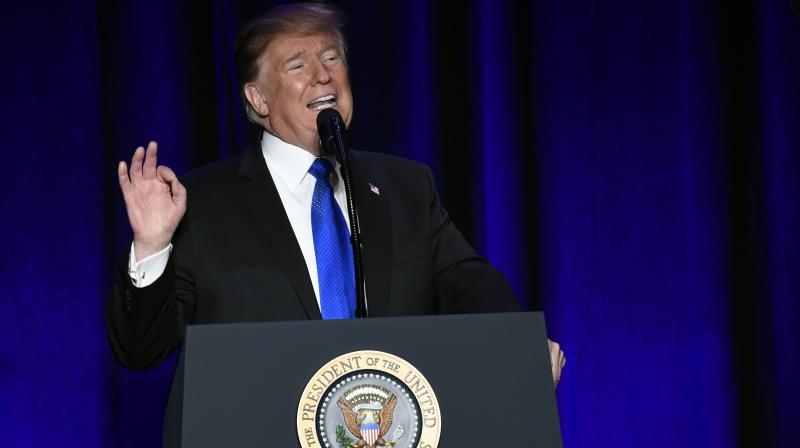 He said he had received a five-page letter from Abe informing him that he had nominated him for the Nobel Peace Prize. (Photo:AP)

“Prime Minister Abe of Japan gave me the most beautiful copy of a letter that he sent to the people who give out a thing called the Nobel Prize. He said I have nominated you, respectfully, on behalf of the people of Japan. I am asking them to give you the Nobel Peace Prize. I said thank you,” Trump told reporters at the White House.

“I will probably never get it. They gave it to Obama. He didn't know what he got it for. He was there for about 15 seconds and got the Nobel Prize. With me, I probably will never get it,” he said.

Trump claimed he had done more for world peace and saved thousands of lives globally.

“If you look at Syria, I stopped the slaughter of perhaps three million people. Nobody talks about this. They don't talk about that. Russia, Iran, and Syria were going to go in and perhaps destroy three million people in order to get 45,000 terrorists,” Trump said.

He said his administration had been doing a lot of good work, but his administration got no credit for it. “I think the people understand what we do. So, Prime Minister Abe gave me -- it's the most beautiful five-page letter. The Nobel Prize. He sent it to them,” Trump said.