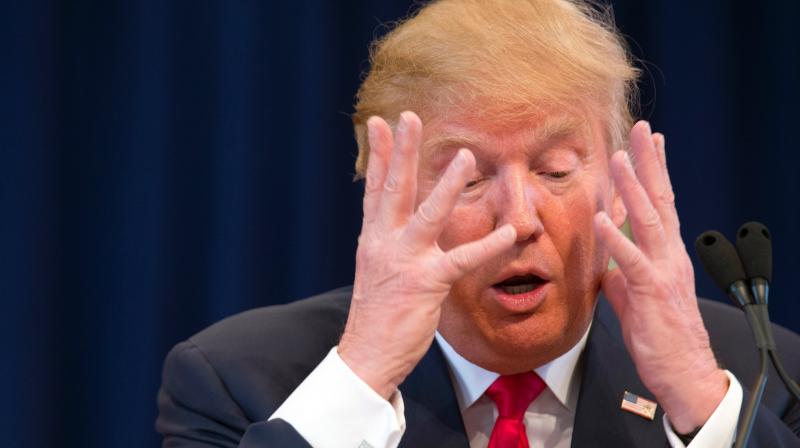 Mueller could also be looking into the possible existence of a lurid videotape in Russian hands involving Trump and prostitutes dating back to the Miss Universe. (Photo: File)

After indicting 19 people so far, Mueller’s team has put on edge many people in President Donald Trump’s orbit, not least Trump himself. But the investigators appear to still have a long way to go before wrapping up their probe.

Here are the various directions of Mueller’s investigation:

The investigation’s main focus is possible Trump campaign collusion with Russia. Moscow allegedly offered the campaign compromising materials on Trump rival Hillary Clinton several times -- some of which was published by WikiLeaks.

According to reports and court filings, separate offers were made to campaign advisors George Papadopoulos and Carter Page.

Another was allegedly made to top campaign officials, including Donald Trump Jr, Jared Kushner, and Paul Manafort, in a June 2016 Trump Tower meeting with a Russian lawyer.

A key question: What did Trump know about that offer?

Mueller is also reportedly eyeing Republican political consultant Roger Stone over his contacts with WikiLeaks during the campaign.

There was a spider-web of contacts between campaign officials and Russians, but it is unclear what they add up to.

Page, formerly a Moscow-based investment banker, visited Russia during the campaign, and was already the target of an FBI espionage investigation.

Papadopoulos admitted to numerous contacts with Russians in England, as he sought to arrange a trip by Trump to Moscow.

Kushner has admitted discussing a private communications channel with the Russians after the election, for unclear purposes.

At that time Trump’s national security aide Michael Flynn was also having secretive conversations with Russia’s ambassador. Campaign chair Paul Manafort, according to The Washington Post, offered to share campaign information with Oleg Deripaska, a Russian tycoon with Kremlin links.

The Post also reported that Mueller is probing a meeting that an associate of Trump, Erik Prince, held with a senior Russian in the Seychelles in January 2017 as another “back channel” effort.

Surprisingly, the Mueller probe has also dug deeply into the Russian meddling itself, and not only to fill out the picture of what happened in 2016. In February Mueller indicted 13 Russians linked to the Internet Research Agency for their efforts to manipulate US public opinion.

On Thursday The New York Times reported that Mueller has subpoenaed records from the billionaire president’s umbrella company, the Trump Organization, related to Russia and other matters under investigation.

That could cut a broad swath: Russians figured large as customers in the business, with many buying condominiums in his New York and Florida projects.

In 2013 Trump partnered with a Moscow developer with Putin links to hold his Miss Universe contest in Moscow.

Trump’s 2008 sale of a Palm Beach mansion to Russian oligarch Dmitry Ryobolev for USD 95 million, which Trump paid only USD 41 million for, has also raised eyebrows.

There are also questions about Kushner’s seeking international financing for a heavily indebted New York property owned by his family business, and how that may have intersected with the Trump campaign.

Mueller could also be looking into the possible existence of a lurid videotape in Russian hands involving Trump and prostitutes dating back to the Miss Universe. That was reported in the dossier on links between the campaign and Russia produced by British ex-spy Christopher Steele.

Steele, much of whose report has proven to be accurate, was interviewed by Mueller’s team in 2017. Steele’s sources said the video could provide the Kremlin with leverage over Trump.

The weightiest charge Mueller is exploring is Trump’s possible obstruction of his investigation. Trump’s firing of FBI director James Comey, his constant comments on the investigation, possibly covering up the June 2016 Trump tower meeting, and other actions could support the charge.

But Mueller will need powerful evidence to prove it, as it could set up a hearing on impeaching the president in Congress.