Wagner, the grocery store checkout clerk, was hospitalised and was expected to survive. 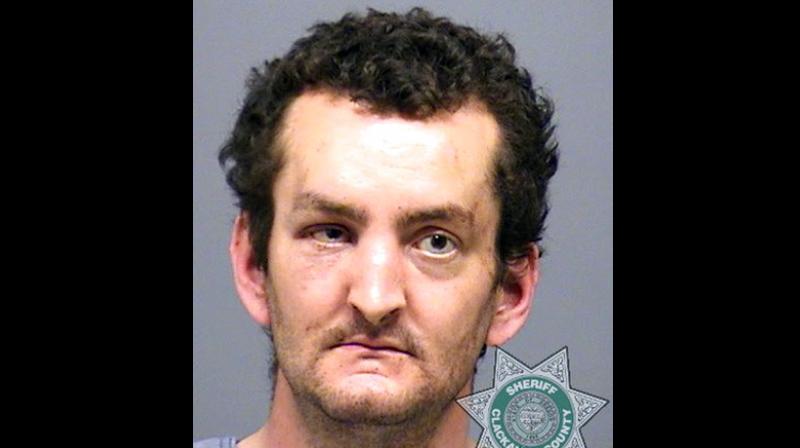 Webb has been arrested and charged with murder and attempted murder in connection with the stabbing of a grocery employee in Estacada. (Photo: AP)

Estacada (US): A man killed his mother on Mother's Day at a rural Oregon home, then showed up at a grocery store in a nearby town carrying a decapitated human head and began stabbing a checkout clerk before being subdued, authorities said Monday. Officers determined the head the man was carrying belonged to his mother, the Sandy Police Department said.

An autopsy was underway on Monday on the body of Tina Marie Webb, 59, the same day that her son, 36-year-old Joshua Lee Webb, was booked on charges of murder and attempted murder in the case. He has not yet made a court appearance.

The gruesome chain of events unfolded in two tiny, rural towns once known for logging about 30 miles (48 kilometres) south of Portland and sent shock waves through Estacada, where most people knew the white-haired checkout clerk identified as 66-year-old Michael Wagner for his warmth and quick sense of humour.

David Webb, the father of Joshua Lee Webb, sobbed as he struggled to process his wife's death and his son's arrest in one horrible day. Joshua Webb had vision problems and received Social Security payments, his father said. He lived at home so his parents could care for him, his father said, adding that they had recently bought him a dog because he wanted one.

His mother had said she believed her son was depressed, but David Webb said he never saw any indication of that when he spoke with his son.

"I never foresaw a problem. If I had I would have stopped it," David Webb said, before bursting into loud sobs during a phone interview with The Associated Press. "I just can't believe I lost my wife and son in one day. ... I don't know. I wish I did. I wish I had some answers, but I don't. I waited all my life to retire with my wife, and now I can't. That's all I know."

The bizarre sequence began Sunday afternoon - Mother's Day - in Colton, a once-significant logging down about 40 miles (64 kilometers) southeast of Portland.
The Clackamas County Sheriff's Office said Webb killed his mother at their rural home, but it did not provide more details.

Joshua Webb then showed up at a Thriftway in downtown Estacada, about 12 miles to the north. When he entered the small grocery store, he was covered in blood, had a large "kitchen-type" knife and was carrying a severed human head, authorities said.
He began stabbing a store employee, but he was quickly overwhelmed by other employees, who held him until police arrived, authorities said.

"He didn't say anything after he was subdued," said Ernie Roberts, interim police chief in nearby Sandy, Oregon, said Monday. "He was in like a catatonic state, wasn't speaking to anybody," Roberts said, adding that the only thing he said during the encounter before his arrest was that he was thirsty. Sandy provides police services for Estacada, which also has around 2,500 residents.

Wagner, the grocery store checkout clerk, was hospitalised and was expected to survive. Residents who gathered outside the police tape Monday said Wagner had worked for years at the store, first at the produce department and then at the checkout counter.

Customers stopped by in a steady stream to drop off balloons as a tribute in front of the store and to sign a giant get-well poster. A small collection of candles also grew on the other side of the parking lot, just in front of yellow police tape that covered nearly an entire block.

"It was traumatic, but it happened so fast that nobody really saw what was going on," he said. "One lady came in this morning and said she actually saw somebody come in with something that was bloody and was carrying something with his arm,” he added.

As residents swapped stories, Flora stood by a growing cluster of balloons and shouted out details of Wagner's condition to drivers who slowed along the main street to check in.

"He's super nice and outgoing. He's the epitome of what this place stands for," he said. "He always has jokes for you in the line, and he goes out of the way to know your name."