Billionaire Paul allen, co-founder of Microsoft, dies of cancer at 65

Allen died two weeks after publicly revealing that non-Hodgkin's lymphoma he fought into remission 9 yrs ago had returned. 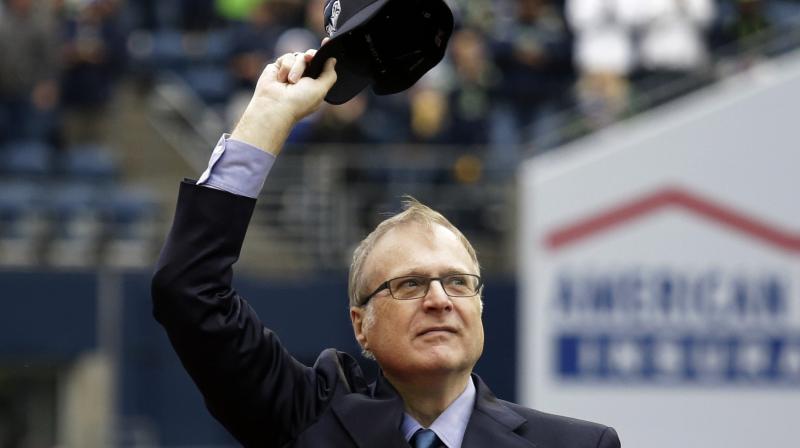 Microsoft said Allen's 'contributions to our company, our industry and to our community are indispensable.' (Photo: AP)

San Francisco: Billionaire Paul Allen, who founded US software giant Microsoft with Bill Gates in the 1970s, died Monday after his latest battle with cancer. He was 65.

"My brother was a remarkable individual on every level. While most knew Paul Allen as a technologist and philanthropist, for us he was a much-loved brother and uncle, and an exceptional friend," Allen's sister Jody said in a statement.

"Paul's family and friends were blessed to experience his wit, warmth, his generosity and deep concern... At this time of loss and grief for us -- and so many others -- we are profoundly grateful for the care and concern he demonstrated every day."

Allen died just two weeks after publicly revealing that the non-Hodgkin's lymphoma he fought into remission nine years ago had returned.

The incurable cancer affects white blood cells. Allen managed his business and charitable endeavours at Vulcan Inc. He was also active with the Allen Institutes of scientific research and owned professional US sports teams the Seattle Seahawks and Portland Trail Blazers. He was part owner of the Major League Soccer team the Seattle Sounders.

Allen founded Stratolaunch, a space company that has built the world's largest plane, which hasn't flown yet but is being tested at the Mojave Air and Space Port in California.

"His passion for the game, combined with his quiet determination, led to a model organisation on and off the field," Goodell added. "He worked tirelessly alongside our medical advisers to identify new ways to make the game safer and protect our players from unnecessary risk."

Vulcan, which Allen launched after leaving Microsoft in 1983, spoke of an "inexpressible loss" after his passing. "He possessed a remarkable intellect and a passion to solve some of the world's most difficult problems, with the conviction that creative thinking and new approaches could make a profound and lasting impact."

Forbes estimated his net worth at USD 20.3 billion. Microsoft said Allen's "contributions to our company, our industry and to our community are indispensable."

"As co-founder of Microsoft, in his own quiet and persistent way, he created magical products, experiences and institutions. And in doing so, he changed the world," added the company's CEO Satya Nadella.