You think they’ll say thank you: Trump muses after China frees US Athletes

The three players are due to give a press conference in California later Wednesday. 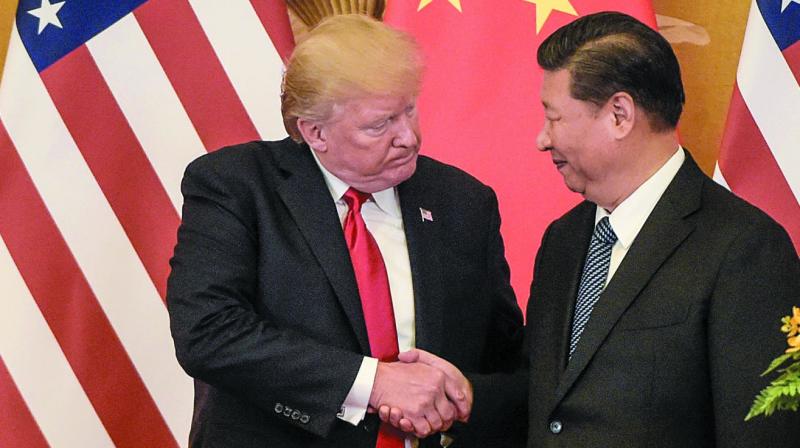 Washington:  US President Donald Trump on Wednesday prodded three US college basketball players to publicly thank him for their repatriation from China.

Tweeting after his return from almost two weeks in Asia, Trump championed his role in urging Xi Jinping to secure the trio's release from shoplifting charges.

ESPN reported that they were nabbed on suspicion of stealing from a Louis Vuitton store and later freed on bail but ordered to remain in the picturesque Chinese city.

"Do you think the three UCLA Basketball Players will say thank you President Trump? They were headed for 10 years in jail!" Trump mused.

The three players are due to give a press conference in California later Wednesday.

Trump has had an uneasy relationship with prominent black athletes, criticizing individuals in the NBA and NFL for protesting before games or suggesting they may not visit the White House while he is in office.