Pence, a strong supporter of Trump’s decision, will spend three days in the region with stops in Israel and Egypt. 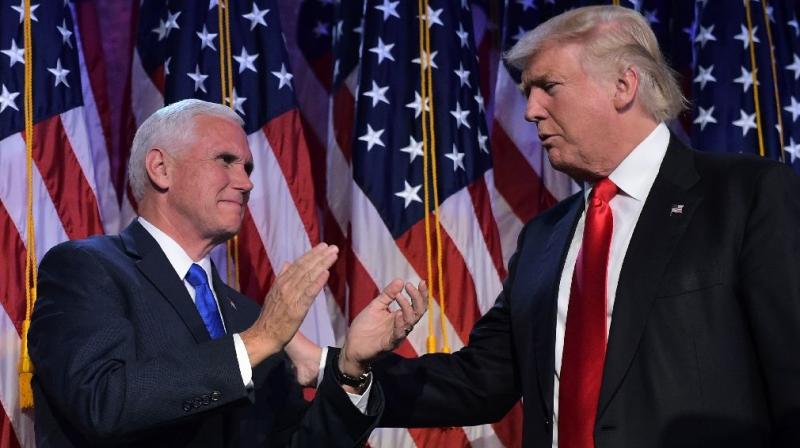 Mike Pence does not plan to encourage Egypt to pressure the Palestinians to return to the negotiating table, says an official. (Photo: File)

Washington: US Vice-President Mike Pence will underscore the US partnership with Israel during a trip to the Middle East next week while seeking to shore up US relations with the Arab world after President Donald Trump recognised Jerusalem as the capital of Israel.

Pence, a strong supporter of Trump’s decision, will spend three days in the region with stops in Israel and Egypt, the first high-level official to visit after the president reversed decades of US policy and announced the United States would start the process of moving its embassy from Tel Aviv.

The status of Jerusalem, which holds Muslim, Jewish and Christian holy sites, is one of the thorniest obstacles to a peace deal between Israel and the Palestinians, who were furious over Trump’s move and have declined to meet with Pence. The international community does not recognise Israeli sovereignty over the full city.

Israel considers Jerusalem its eternal capital, while Palestinians want the capital of an independent state of theirs to be in the city’s eastern sector, which Israel captured in the 1967 Middle East war and annexed in a move never recognised internationally.

Pence, an evangelical Christian who had planned to highlight the plight of Christian minorities during his trip, will not meet with Palestinian Christians or with officials from the Coptic Christian church, who declined a meeting in response to the US move.

The dates of his trip have been in flux because of Trump’s US tax overhaul push and the possibility that Pence would be needed to provide a tie-breaking vote in the Senate.

He is now scheduled to depart Washington on Tuesday, arriving in Cairo on Wednesday for a meeting with Egypt’s President Abdel Fattah al-Sisi.

He flies to Israel later on Wednesday and will meet with Prime Minister Benjamin Netanyahu and President Reuven Rivlin, deliver a speech to the Israeli parliament, and visit Jerusalem’s Western Wall.

“We can’t envision a scenario under which the Western Wall would not be part of Israel,” one administration official told reporters on a conference call.

The trip will be dominated by the continuing fallout from Trump’s announcement.

“The last couple weeks in the region have been a reaction to the Jerusalem decision,” another administration official said. “This trip is part of ... the ending of that chapter, and the beginning of what I will say is the next chapter.”

That view may not be shared by Arab leaders. Palestinian President Mahmoud Abbas said the United States abdicated its responsibility as a mediator on peace and Pence’s planned visit to Bethlehem was scrapped.

Pence does not plan to encourage Egypt to pressure the Palestinians to return to the negotiating table, an official said.

“We think it’s appropriate for the Palestinians to digest what has happened. And once they review the president’s remarks clearly, they will realize that nothing has changed in terms of being able to reach an historic peace agreement,” he said.

Arab legislators have announced they will stay away from Pence’s speech to the Knesset.

In Egypt, the Sisi government will have a chance to discuss the recent US decision to suspend some of Egypt’s military aid package because of Washington’s concerns over civil liberties.

Egypt is a strategic US partner because of its control of the Suez Canal and Sisi presents himself as a bulwark against Islamist militants in the region.

On Friday Pence departs Israel for Germany, where he will visit US troops on his way back to Washington.