US quietly expelled two Chinese diplomats who drove onto military base: report

The incident comes as the United States and China, the world’s two biggest economies, wrangle over trade. 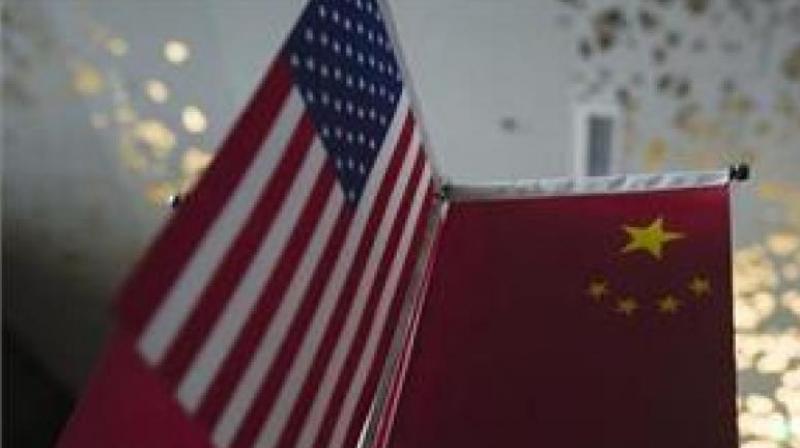 The two sides announced a mini-deal on Friday to reduce some tariffs. (Representational Image)

Washington: The United States quietly expelled two Chinese embassy officials in September after they drove onto a sensitive military base in Virginia, The New York Times reported Sunday.

The newspaper, which cited multiple people with knowledge of the episode, said it appeared to be the first time in more than 30 years that the US has expelled Chinese diplomats on suspicion of espionage.

At least one of the diplomats was believed to be an intelligence officer operating under cover, the Times said.

The incident comes as the United States and China, the world’s two biggest economies, wrangle over trade. The two sides announced a mini-deal on Friday to reduce some tariffs.

The Times said the diplomats, accompanied by their wives, drove up to the checkpoint at the entrance to a sensitive installation near Norfolk, Virginia that includes special operations forces.

The guard saw that they didn’t have permission to enter and directed them to go through the gates, turn around and exit.

The Chinese officials continued onto the base, evading military personnel pursuing them until they were forced to stop by fire trucks blocking their path, according to the Times.

The Chinese officials said they had not understood the instructions they were given, but US personnel were unconvinced by their explanation.

The motive for the incursion was not clear, but US officials said they believe the Chinese diplomats were hoping to test the security measures at the base.

The two officials were expelled “this fall,” the Times said. Neither country made the incident public, and Beijing apparently did not respond with tit-for-tat expulsions of US diplomats in China.

The State Department did not immediately respond to AFP’s request for comment on the report.

The United States and China remain at odds over a number of issues including industrial espionage, Beijing’s presence in the South China Sea, and the situations in Hong Kong and Xinjiang.

Weeks after the incident at the Virginia base, the State Department placed restrictions on the activities of Chinese diplomats, in what it said was a response to years-old Chinese regulations limiting the movements of US diplomats.

China instituted similar restrictions on US diplomats in December.

It is not clear if the restrictions were linked to the incident in Virginia.