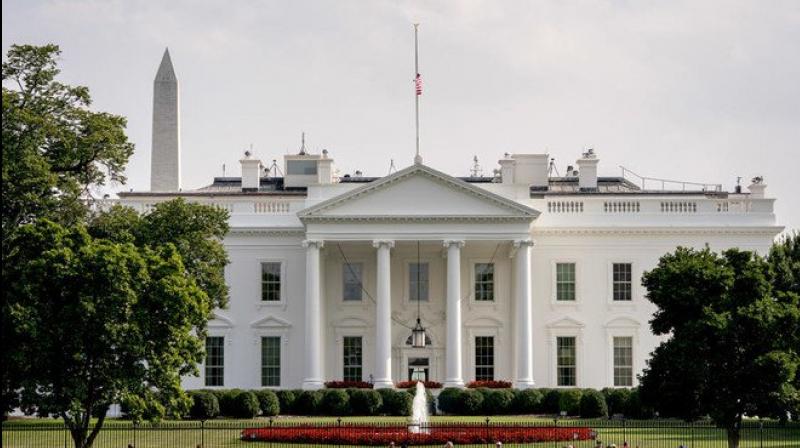 A Georgia man accused of plotting to use an anti-tank rocket to storm into the White House. (Photo:File)

A man accused of plotting to use an anti-tank rocket to storm into the White House was arrested in a sting Wednesday after he traded his car for guns and explosives, authorities said.

It wasn’t immediately clear whether Taheb had an attorney who could comment on the allegations.

A local law enforcement agency contacted the FBI in March after getting a tip from someone who said Taheb had become radicalised, changed his name and planned to travel abroad, according to an FBI agent’s affidavit filed in court.

The affidavit says Taheb told a confidential FBI source in October that he planned to travel abroad for “hijra,” which the agent wrote refers to travelling to territory controlled by the Islamic State. Because he didn’t have a passport, he couldn’t travel abroad and told the FBI source that he wanted to carry out an attack in the against the White House and the Statue of Liberty.

He met with the undercover agent and the FBI source multiple times last month and was also in frequent contact using an encrypted messaging application, the affidavit says.

During one meeting with the agent and the source, Taheb “advised that if they were to go to another country, they would be one of many, but if they stayed in the , they could do more damage,” the affidavit says. Taheb “explained that jihad was an obligation, that he wanted to do as much damage as possible, and that he expected to be a ‘martyr,’ meaning he expected to die during the attack.” At another meeting, he showed the undercover agent a hand-drawn diagram of the ground floor of the West Wing of the White House and detailed a plan for attack, the affidavit says. He asked the undercover agent to obtain the weapons and explosives needed to carry out the attack, and they discussed selling or exchanging their cars to pay for them.

Taheb told the undercover agent they needed a “base” where they could regroup and where he could record a video to motivate people: “He stated he would be the narrator, clips of oppressed Muslims would be shown, and American and Israeli flags would be burned in the background.” Last week, Taheb told the undercover agent he wanted to pick up weapons this week and drive directly to to carry out the attack, investigators said.

Taheb said they would approach the White House from the back road, causing a distraction for police and then would proceed into the White House, using an anti-tank weapon to blow open a door and then take down as many people and do as much damage as possible, the affidavit says.

Taheb told the undercover agent he had never shot a gun but could learn easily and also said he had watched some videos of how grenades explode, authorities said.

Taheb met with the FBI source and undercover agent on Wednesday in a parking lot in Buford to exchange their cars for semi-automatic assault rifles, three explosive devices with remote detonators and an anti-tank rocket, the affidavit says.

A second FBI source met them and inspected the vehicles, and a second FBI undercover agent arrived in a tractor trailer with weapons and explosives that had been rendered inert by the FBI. The undercover agent and Taheb talked about the guns, how to arm and detonate the explosives and how to use the anti-tank rocket, the affidavit says.

Taheb and the undercover agent and FBI source whom he believed to be part of his group turned over their car keys to the second confidential source and then loaded the inert explosives and guns into a rental vehicle, the affidavit says. Then, after they got into the car and closed the doors, agents arrested Taheb.