Trump criticised the court order suspending the travel ban as a very bad decision, very bad for the safety and security of our country. 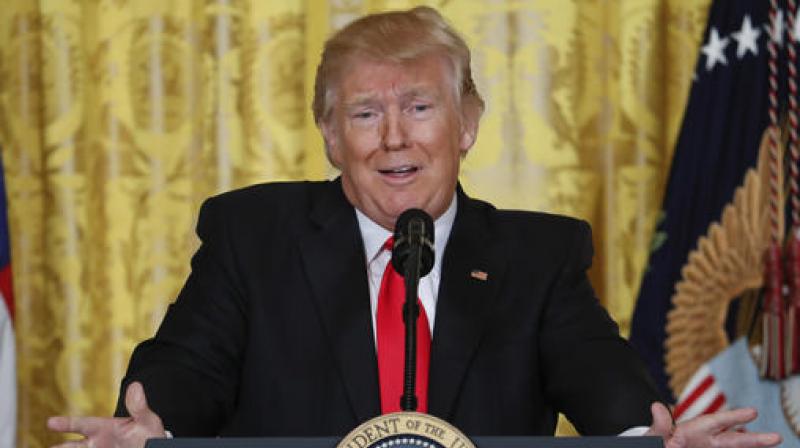 Washington: President Donald Trump on Friday said that he would issue a new executive order next week that would address the concerns raised by the court on his previous order that temporarily suspended entry of Syrian refugees and people from seven Muslim-majority countries into the US.

"The new (executive) order is going to be very much tailored to what I consider to be a very bad decision, but we can tailor the order to that decision and get just about everything, in some ways more," Trump told reporters at a hurriedly convened White House news conference.

Soon thereafter the Justice Department approached a federal court in San Francisco for a pause in the proceedings.

The 9th US Circuit Court of Appeals in its order late Thursday put the proceedings of the case on hold. Last week, the court had refused to lift the hold on Trump's executive order by a federal court in Seattle.

In Trump's January 27 executive order, there was a ban on people from Iran, Iraq, Libya, Somalia, Sudan, Syria and Yemen from entering the US for 90 days. Refugees were banned for 120 days, except those from Syria, who were banned indefinitely.

Trump criticised the court order suspending the travel ban as "a very bad decision, very bad for the safety and security of our country. The rollout was perfect."

The new executive action next week, he said, will comprehensively protect the country.

"We will be going along the one path and hopefully winning that. At the same time, we will be issuing a new and very comprehensive order to protect our people, and that will be done some time next week, toward the beginning or middle at the latest part," he said.

Meanwhile, Washington State Attorney General Bob Ferguson who was instrumental in filing the case against the executive order claimed victory.

"Let's be clear: Today's court filing by the federal government recognises the obvious, the President's current Executive Order violates the Constitution. President Trump could have sought review of this flawed Order in the Supreme Court but declined to face yet another defeat," he said.

Ferguson alleged that the Executive Order violates the US Constitution's guarantee of Equal Protection and the First Amendment’s Establishment Clause, infringes individuals constitutional right to Due Process and contravenes the federal Immigration and Nationality Act.