Less than a third or 31 percent of 2,000 Americans surveyed said they believed CNN's coverage of Trump had been unfair, study found. 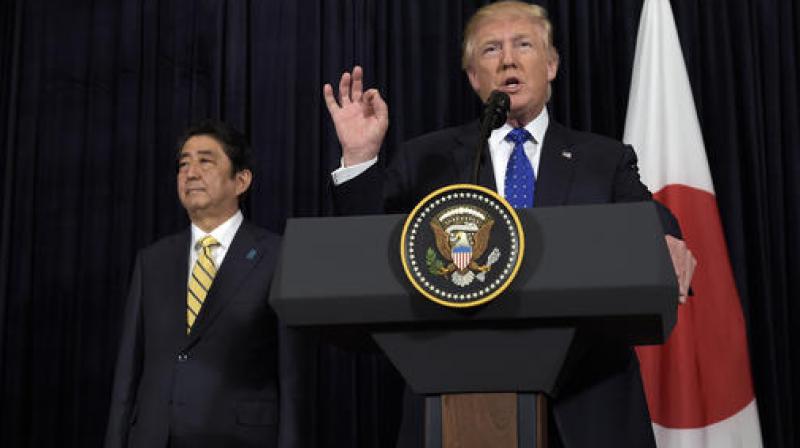 New York: The president of CNN said Thursday that neither the network's journalism or business have been hurt as a result of President Donald Trump's attacks.

Jeff Zucker, president of CNN Worldwide, spoke Thursday at the same time Trump was holding a news conference in Washington in which he continued his barrage against media coverage of the administration.

Zucker said he was worried enough about Trump's labelling of CNN as "fake news" through the campaign and after that he ordered a study last month to see if it had damaged the network's reputation with viewers. He said it hadn't. Less than a third -or 31 percent, of 2,000 Americans surveyed said they believed CNN's coverage of Trump had been unfair, the internal study found.

The survey also reported that a little more than half of respondents said they trusted CNN, but that was well above the trust level for Trump or members of Congress.

"The CNN brand has been as strong as it has ever been," Zucker said. Network executives said CNN had its most profitable year in 2016 and was on pace to do even better this year.

The administration has reportedly banned its officials from appearing on CNN, although there have been sporadic exceptions. The dispute has been most apparent on Sundays, where on two weekends Vice President Mike Pence and presidential aide Stephen Miller were guests on other network political affairs shows but not on Jake Tapper's CNN show, "State of the Union."

Zucker, who said he had not spoken with Trump since December on this or other issues, said it hasn't affected CNN's ability to tell the political story.

Angered by the Pence snub, CNN said that it declined an administration offer to instead have aide Kellyanne Conway on Tapper's show, saying she had credibility issues. Conway has said she wasn't available that day. But Tapper interviewed her two days later. "Saying that we have questions about her credibility does not mean that we would never interview her," Zucker said.

Like its rivals, particularly Fox News Channels, CNN has benefited from extraordinary interest in the new administration. CNN's ratings are up 51 percent this year compared to last, he said. That's unusual because news network ratings usually tumble after a presidential election.

Trump's lengthy news conference on Thursday was filled with media criticism. But he took questions from a range of reporters; many White House reporters - including CNN's Jim Acosta - had been concerned over the past week when Trump bypassed the mainstream media in three separate news conferences connected to visits by foreign leaders, instead calling on representatives from more friendly news outlets. On Thursday Trump even took questions from Acosta, but also specifically criticized some of CNN's coverage of him.

"I would be your biggest fan in the world if you treated me right," Trump said. "I sort of understand there's a certain bias, maybe by Jeff or somebody, you know, whatever reason. And I understand that. But you've got to be at least a little bit fair and that's why the public sees it. They see it. They see it's not fair. You take a look at some of your shows and you see the bias and the hatred."

After the news conference, CNN's Tapper said the president was "unhinged." He said that Trump's performance might play well among people who voted for him, but "a lot of people are going to say, 'that guy isn't focused on me. I don't know what he's focused on.'"

A few minutes later on Fox News Channel, Bret Baier said that Trump's "mesmerizing" performance was an illustration of why people had supported him.

"There are people who are going to say that it was unhinged, or their heads are going to explode at something he said, but this is Trump being Trump," Baier said.