Russian interference had no impact on US presidential polls: Trump 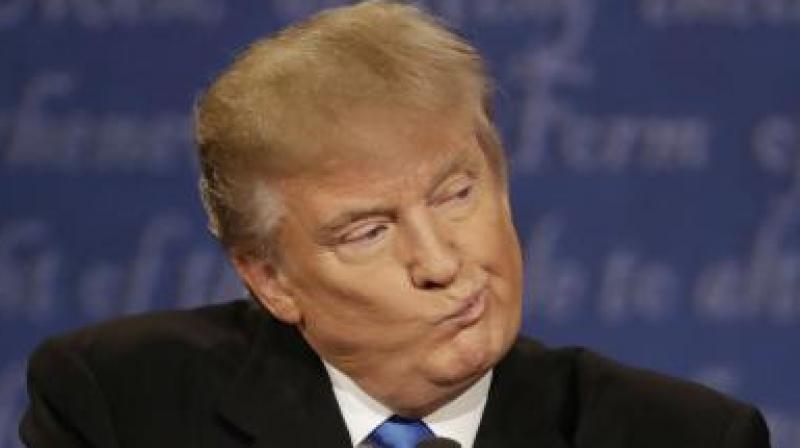 Trump urged his fellow countrymen to come together and foil the attempts of those ‘seeking to sow confusion, discord, and rancour to be successful’. (Photo: File)

Washington: The alleged Russian interference had no impact on the results of the 2016 US presidential elections, President Donald Trump said Saturday, as a federal grand jury indicted 13 Russian nationals and three companies for interfering in the country's political system.

The indictment, released Friday by the office of US Special Counsel Robert Mueller, said the accused also interfered in the 2016 US presidential election through social media propaganda.

"No collusion!" Trump said about his presidential campaign as he pointed out that Russia's alleged meddling had begun much earlier.

"Russia started their anti-US campaign in 2014, long before I announced that I would run for President. The results of the election were not impacted. The Trump campaign did nothing wrong - no collusion!" Trump said.

Later, in a White House statement, Trump urged his fellow countrymen to come together and foil the attempts of those "seeking to sow confusion, discord, and rancour to be successful".

"It's time we stop the outlandish partisan attacks, wild and false allegations, and far-fetched theories, which only serve to further the agendas of bad actors, like Russia, and do nothing to protect the principles of our institutions. We must unite as Americans to protect the integrity of our democracy and our elections," Trump said.

"President Donald J. Trump has been fully briefed on this matter and is glad to see the Special Counsels investigation further indicates—that there was NO COLLUSION between the Trump campaign and Russia and that the outcome of the election was not changed or affected," she said.

After the indictments were returned by a federal grand juries, both political parties – Democrats and Republicans – said this vindicated their respective stands.

"While platforms like Facebook and Twitter are allowing Americans to communicate and share ideas in ways unimaginable just a decade ago, were also learning that we each bear some responsibility for exercising good judgment and a healthy amount of skepticism when it comes to the things we read and share on social media," said Warner.

House Speaker Paul Ryan said the Russians' alleged action was "a sinister and systematic attack on our political system".

"We have known that Russians meddled in the election, but these indictments detail the extent of the subterfuge. These Russians engaged in a sinister and systematic attack on our political system," said Ryan.

"It was a conspiracy to subvert the process, and take aim at democracy itself. Today's announcement underscores why we need to follow the facts and work to protect the integrity of future elections," he said.

House Homeland Security Committee Chairman Michael McCaul said that the alleged actions laid out in the indictments are a direct assault against the people of the US and its democracy.

"Russia is not our friend and this is another concrete example of their destabilizing actions," he said.

Congressman Dana Rohrabacher, chairman of the House Foreign Affairs Subcommittee on Europe, Eurasia, and Emerging Threats, said that the indictment means that collusion theory will collapse.

"..the Special Counsel stressed his investigators found no evidence the meddling influenced the outcome of the 2016 election. Indeed, the indictment indicates the Russians put out propaganda mischievously supporting both the Trump and the Clinton campaigns," said Rohrabacher.

"After all these months of the Mueller probe, the 'collusion' theory will likely collapse, and soon," he said.

Senator Dianne Feinstein said the indictment reveals, for the first time, that both Russians and Americans were allegedly involved in this sophisticated attack on US democracy.

"Unfortunately, President Trump's lack of leadership in this area is becoming an issue of national security. He needs to stop denying that Russia interfered in the 2016 election and mobilise a robust federal response," she said.