Clifford has alleged she had affair with Trump that began in 2006 and lasted several months. Trump has denied it. 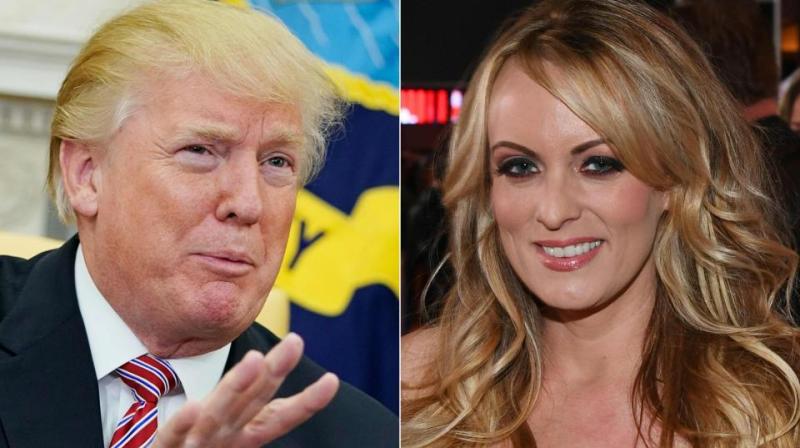 Attorney Michael Avenatti would not provide details about the threat against Stephanie Clifford, who uses Stormy Daniels as her professional name. (Photo: AFP)

Washington: The adult film actress known as Stormy Daniels was physically threatened and warned to remain silent about her relationship with President Donald Trump, her lawyer told MSNBC and CNN on Friday.

Attorney Michael Avenatti would not provide details about the threat against Stephanie Clifford, who uses Stormy Daniels as her professional name. He said Clifford would elaborate on it during a CBS “60 Minutes” interview broadcast on March 25.

“My client was physically threatened to stay silent about what she knew about Donald Trump,” he said on CNN.

“She’s going to be able to provide very specific details about what happened here,” Avenatti said of the “60 Minutes” interview.

Clifford has alleged she had affair with Trump that began in 2006 and lasted several months. Trump has denied it.

In a letter to Trump’s private lawyer Michael Cohen on Monday, Clifford offered to send USD 130,000 to an account designated by Trump so she could be released from a non-disclosure agreement she signed in October 2016. Cohen ignored the offer.

Cohen has said he paid Clifford USD 130,000 of his own money during the 2016 presidential campaign. He did not explain why he made the payment or say whether Trump was aware of it.

Avenatti filed a lawsuit last week in Los Angeles, claiming Trump never signed the nondisclosure agreement that his lawyer made with Clifford, rendering it null and void, and making public the agreement and related documents.

Avenatti told Reuters on Friday that six women had been in touch with his law firm to describe relationships with Trump. He said the women had “strikingly similar stories to my client.”

“We’re still in the process of vetting these allegations,” he said.

Earlier, Avenatti told MSNBC and CNN that at least two of the women had signed non-disclosure agreements.