India has second largest number of coronavirus tests, right after US: White House

As per official records, US has done more than 42 million tests, while the second-highest number is 12 million from India 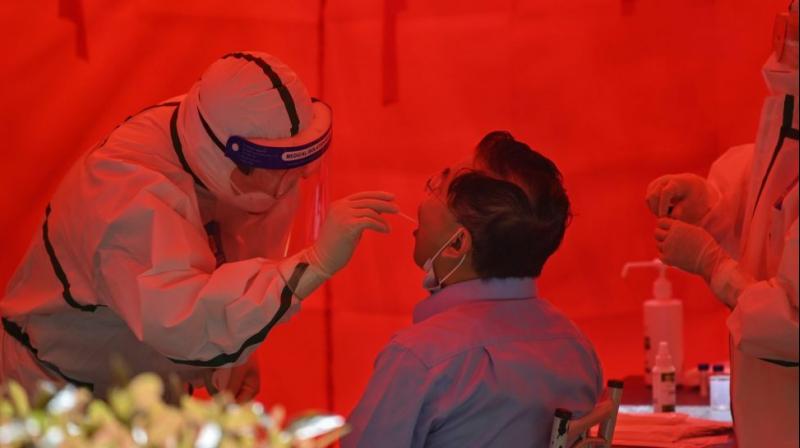 India has done the second largest number of 12 million coronavirus tests,right after US, the White House said. (AFP)

Washington: After the US, which has carried out a record 42 million COVID-19 tests, India has done the second largest number of 12 million coronavirus tests, the White House has said.

"With regard to (the coronavirus) testing, we've done more than 42 million tests. The second-highest number is 12 million from India. We're leading the world in testing," White House Press Secretary Kayleigh McEnany told reporters at a news conference here on Thursday.

The White House was responding to questions related to the coronavirus pandemic in the US.

"We have done more than any country in the world on testing; there's no doubt about that -- 42 million tests. The country with the next highest number is India at 12 million," McEnany said.

"This record testing," she said, "is in a very stark contrast than the previous administration."

CBS is reporting that in 2009 under Obama-Biden, the Centers for Disease Control and Prevention abruptly advised states to stop testing for the H1N1 flu and stopped counting individual cases, she said.

Ron Klain, Vice President Biden's former Chief of Staff said this: It is purely a fortuity that (H1N1) isn't one of the great mass casualty events in American history. It had nothing to do with us doing anything right. This is former VP Biden's Chief of Staff. It just had to do with luck, she said.

Contrary to that, this President led the world in testing; led the world in ventilators -- redistributing ventilators for therapeutics; 13 vaccine candidates -- one going into phase three clinical trial. This response has been extraordinary and historic. We didn't pause testing; the Obama-Biden administration did, and that was a shameful decision, McEnany said.

"There has been encouraging news on vaccines," the press secretary said.

"Moderna's vaccine candidate is showing promising signs. They produced a positive, neutral immune response among the 45 participants in the study. This is comparable to what we see in recovered patients. The bottom line is that, so far, we are seeing exactly what you would hope to see in a vaccine. The Moderna vaccine in particular is expected to reach phase three by late July, with 30,000 participants," she said.

"On the therapeutics front, I just want to note: A very encouraging Regeneron contract. A USD 450 million contract for a monoclonal antibody cocktail. This is a bioengineered version of convalescent plasma, one of the several therapeutics available to treat COVID-19. It can be used for prophylaxis and treatment. They say they could have up to 70 to 300 thousand doses -- by the end of the summer or early fall," she said.

"As such there is encouraging news on the therapeutics front," McEnany added.