US, India in talks over strategic missile defence cooperation: Pentagon

As part of Indo-Pacific strategy, Trump administration now seems to be more than inclined to let India procure its missile defense system. 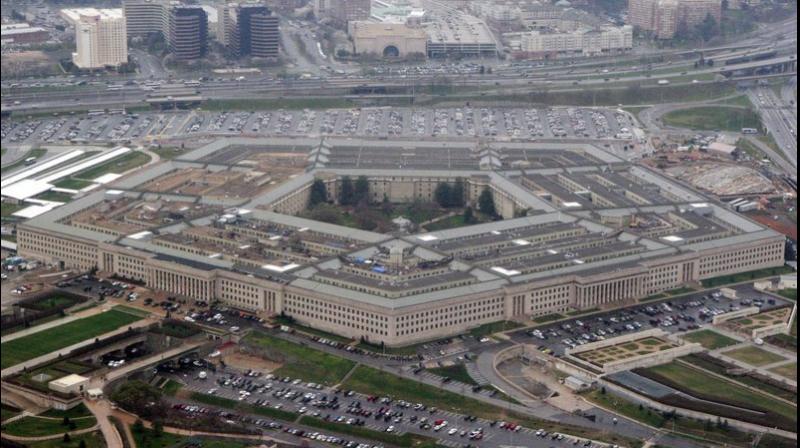 The Pentagon's announcement in the 81-page 'Missile Defence Review' report released by President Donald Trump gains significance in view of India placing a USD 5 billion order to purchase S-400 air defence system from Russia, for which the US had publicly expressed its displeasure. (Photo: File)

Washington: The Trump administration has discussed a potential missile defence cooperation with India as part of its effort to deepen the bilateral strategic partnership, the Pentagon has said, asserting that New Delhi is a "key element" in America's Indo-Pacific strategy.

The Pentagon's announcement in the 81-page ''Missile Defence Review'' report released by President Donald Trump gains significance in view of India placing a USD 5 billion order to purchase S-400 air defence system from Russia, for which the US had publicly expressed its displeasure.

Noting that the threats posed by offensive missile capabilities are no longer limited to a few regions around the world, the Pentagon in its report said there were now a number of countries in South Asia that are developing an advanced and diverse range of ballistic and cruise missile capabilities.

"Within this context, the United States has discussed potential missile defence cooperation with India. This is a natural outgrowth of India's status as a Major Defence Partner and key element of our Indo-Pacific Strategy," said the Pentagon report on Thursday.

The report, which identifies missile development projects by Russia and China as major threats to the US, did not give any further details about its potential missile defence cooperation with India.

The US has shown reluctance to offer its missile defence system to India.

Given the tough neighbourhood that India is in, New Delhi several years ago had approached US and expressed its desire to acquire a missile defence system from it, particularly the Terminal High Altitude Area Defence system popular as THAAD.

The previous Obama administration was not very forthcoming in sharing its advance missile defence system with India, following which New Delhi went ahead to procure it from Russia.

As part of its Indo-Pacific strategy, the Trump administration now seems to be more than inclined to let India procure its missile defence system with talks between the two countries having already started.

"We will deepen our strategic partnership with India and support its leadership role in Indian Ocean security and throughout the broader region," said the 2017 National Security Strategy of the US, which has been mentioned in the Pentagon report.

The Missile Defence Review report said that the cornerstone of US' security and diplomacy in the Indo-Pacific region is its strong bilateral alliances with Japan, South Korea and Australia, and emerging security relationships with others such as India.

Japan and South Korea are working with the US to build missile defence systems that are increasingly interoperable with American defences and increasingly capable against regional offensive missile threats and coercion.

This cooperation includes bilateral missile defence training exercises with the US.

Australia participates in a trilateral discussion on missile defence with the US and Japan. The US and Australia meet annually to discuss bilateral missile defence cooperation. New areas of focus include joint examination of the challenges posed by advanced missile threats, it said.