It stranded students, separated families, disrupted travel and commerce, spread fear among our residents and visitors, the statement said. 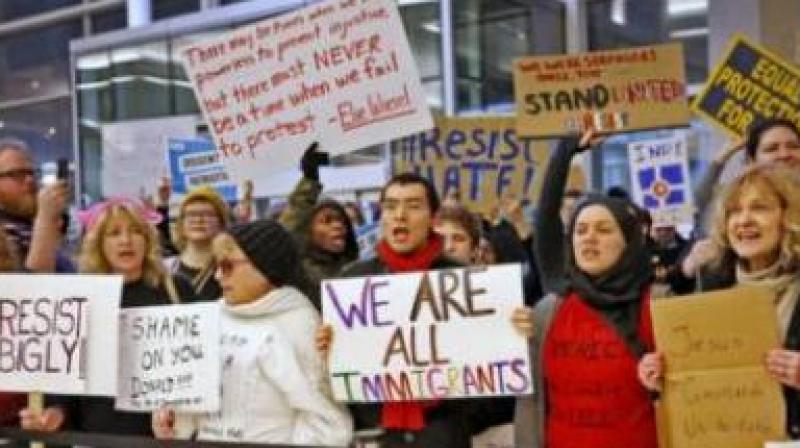 The White House has said Trump's order is necessary to protect against terrorism. (Photo: Representational Image/AP)

New York City's chief lawyer, Zachary Carter, filed papers in federal court on behalf of nearly three dozen cities. The arguments were submitted days before a judge will decide whether to extend an order that was issued the day after Trump signed the Jan. 27 executive order.

Carter and senior counsel Susan Greenberg said in the filing that the ban against people from seven predominantly Muslim countries damages the economies and cultures of the cities and harms efforts to keep cities safe, including against terrorists.

"It stranded students, separated families, disrupted travel and commerce, spread fear among our residents and visitors, and projected a message of intolerance and distrust toward members of our communities," they wrote of the little more than a day that the ban was in effect.

They said "xenophobia and religious discrimination" are particularly harmful to cities that rely on tolerance and inclusiveness, such as New York City, where a population of more than 8 million exceeds that of 40 states, with 3 million residents born abroad. The city has an estimated 27,000 people born in the seven countries identified in the executive order, the papers said.

The White House has said Trump's order is necessary to protect against terrorism and the New York case should be dismissed because the two people on whose behalf it was brought have been allowed into the United States.

The papers were submitted before a Tuesday hearing. A federal appeals court in Seattle has upheld a stay of the ban in a case brought by Washington state and Minnesota.