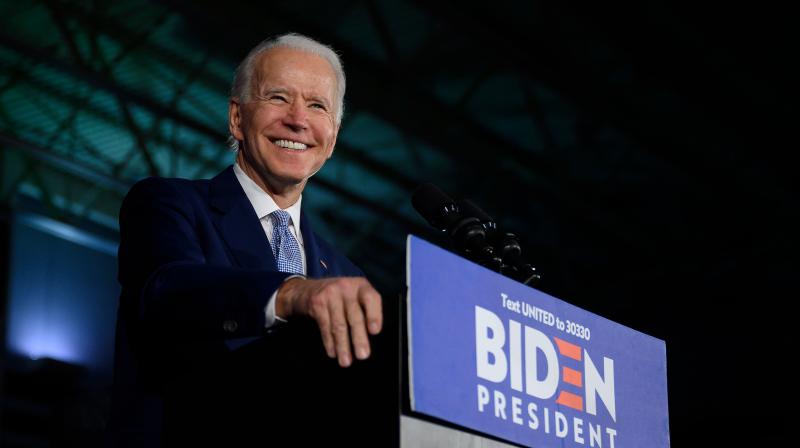 Washington: Joe Biden won the Arizona primary over Bernie Sanders, giving him a sweep of the three US states which voted on Tuesday to choose a Democratic candidate to face President Donald Trump in November, TV networks reported.

CNN and NBC both projected the 77-year-old centrist former vice president as the winner in Arizona over the 78-year-old leftist senator from Vermont.

Biden also easily won primaries in Florida and Illinois on Tuesday to open up a commanding lead over Sanders in the contest for the Democratic nomination.

A fourth state -- Ohio -- had also been scheduled to hold a primary on Tuesday but Governor Mike DeWine declared a "health emergency" because of the coronavirus outbreak and voting was postponed.

Biden now has more than half of the total delegates needed to be declared the Democratic presidential candidate at the party convention to be held in July in Milwaukee, Wisconsin.

"We've moved closer to securing the Democratic Party's nomination for president, and we're doing it by building a broad coalition that we need to win in November," Biden said.