Amid tensions with Iran, US to deploy 1000 additional troops to Middle East

Tensions between Iran and the US have simmered since June 13 when two oil tankers were attacked near the Strait of Hormuz. 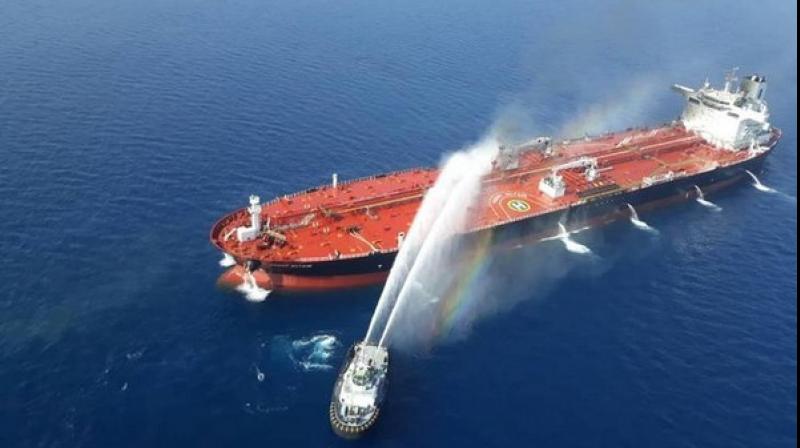 US' stance was echoed by Saudi Arabia and Britain. Russia, on the other hand, came to Iran's support and warned against "hasty conclusions" over the incident. (Photo: ANI)

Washington: Citing the alleged attack by Iran on two oil tankers in the Gulf of Oman last week, United States Secretary of Defense Patrick Shanahan on Monday announced the deployment of about 1000 additional troops to the middle east for "defensive purposes".

"I have authorised approximately 1,000 additional troops for defensive purposes to address air, naval, and ground-based threats in the Middle East," CNN quoted Shanahan as saying.

"The recent Iranian attacks validate the reliable, credible intelligence we have received on hostile behaviour by Iranian forces and their proxy groups that threaten United States personnel and interests across the region," he said.

Shanahan added that the US does not seek war with Iran and the measure is being taken to "ensure the safety and welfare of our military personnel working throughout the region and to protect our national interests."

Tensions between Iran and the US have simmered since June 13 when two oil tankers -- Marshall Islands-flagged Front Altair and the Panama-flagged Kokuka Courageous-- were attacked near the Strait of Hormuz. Shortly after the incident, Washington claimed that Tehran was responsible for the attack, a statement that was immediately denounced by the latter.

To back its claim, the US released a blurry video which, the country believed, showed the boat crew of Islamic Revolution Guards Corps (IRGC) removing an unexploded mine from one of the tankers shortly after the attack.

US' stance was echoed by Saudi Arabia and Britain. Russia, on the other hand, came to Iran's support and warned against "hasty conclusions" over the incident.

US military is increasing its presence in the Middle East. Recently, country's Secretary of State Michael Pompeo confirmed the approval of USD 8.1 billion in arms transfers to Saudi Arabia, Jordan and the United Arab Emirates amid hostilities with Iran. In addition, carrier strike warships and B-52 bombers were also recently deployed off the coast of Fujairah in the United Arab Emirates.