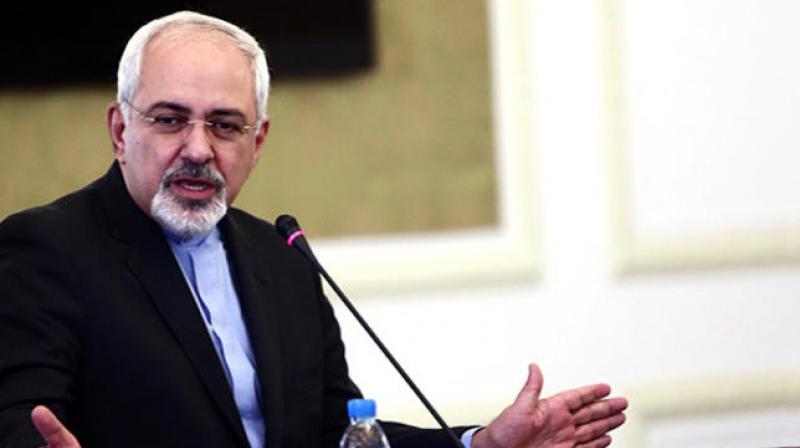 Earlier this year Saudi Arabia, the United Arab Emirates, Bahrain and Egypt all cut off diplomatic and transport ties with Qatar on June 5. (Photo:

New York: Iranian Foreign Minister Mohammad Javad Zarif said on Monday that he hopes Yemen's war will not spark direct confrontation between Iran and Saudi Arabia and that they can work together to end the conflict in the country and Syria.

Saudi Arabia's Crown Prince Mohammed bin Salman said in May that any struggle for influence between the Sunni Muslim kingdom and revolutionary Shi'ite theocracy Iran ought to take place "inside Iran, not in Saudi Arabia."

When asked at the Council on Foreign Relations think tank in New York if he was worried about direct confrontation between Tehran and Riyadh, Zarif said: "We certainly hope not; We don't have to fight; we don't need to fight. We don't need to try to exclude each other from the scene in the Middle East."

Earlier this year Saudi Arabia, the United Arab Emirates, Bahrain and Egypt all cut off diplomatic and transport ties with Qatar on June 5, accusing it of financing Islamist militant groups and allying with Iran allegations Qatar denies.

"Iran is a serious partner for all these countries in fighting a common enemy because we believe at the end of the day these extremist forces are as much a threat against us, but even more a threat against them," Zarif said.

Zarif said that there was no communication between himself and US Secretary of State Rex Tillerson, but that "doesn't mean there can't be." He said Iranian officials had regular contact with US officials regarding a 2015 deal between Tehran and key world powers to curb its nuclear programme.

He said Iran was not designing missiles to carry nuclear warheads, which is banned under the nuclear deal, and that the country's missiles were only for self defence.

"We need them to make sure that another Saddam Hussein around the corner will not come and hit us again," he said.