US-India strategic partnership was based on a shared commitment to uphold the rule of law and free and fair trade among other things. 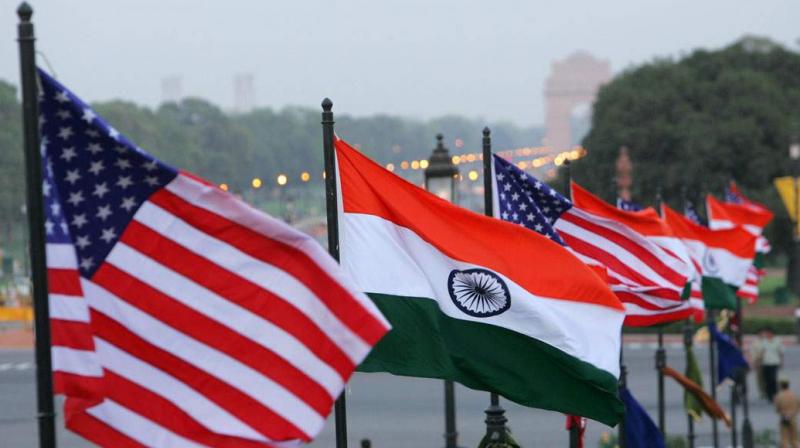 Wells quoted the US president and said the ties 'had never been stronger, never been better'. (Photo: AP)

Washington: The Trump Administration plans to continue to expand its defence and security cooperation with India and support New Delhi's growing relationships throughout South Asia, a top US official has said.

Speaking with PTI, Principal Deputy Assistant Secretary for South and Central Asian Affairs Alice Wells said the US-India strategic partnership was based on a shared commitment to uphold the rule of law and free and fair trade among other things.

"The US-India strategic partnership stands firmly upon a shared commitment to uphold the rule of law, freedom of navigation, democratic values, and free and fair trade.  We plan to continue to expand our defence and security cooperation and support India's growing relationships throughout the region," Wells said.

Wells has been running the crucial South and Central Asia Bureau of the State Department for more than a year now in the Trump Administration in the absence of an Assistant Secretary of State.

Responding to a question on her impression about the India-US relationship in more than a year of the Trump Administration, Wells quoted the US president and said the ties "had never been stronger, never been better".

"His words have rung true for me since taking this position last summer. The USA and India, as the world's oldest and largest democracies respectively, collaborate on a broad scope of issues to support the freedom, openness, and peace that have brought so much prosperity Indo-Pacific over recent decades," Wells said.

These issues were at the top of her agenda during her recent trip to India, Wells said. She said she was "excited" about the first US-India 2+2 to be held in the coming months.

"We are working to identify mutually convenient dates. This engagement will further support our efforts to deepen diplomatic, security, and military cooperation to confront our most pressing global challenges, from Afghanistan and North Korea to the threat of terrorism," Wells said.

"We are also focused on strengthening economic ties, including increasing two-way trade, which has more than doubled over the last decade to roughly USD 125 billion," she said.

"Our collaboration in oil and gas, renewable, coal, and civil nuclear cooperation is helping to improve India's energy security and support its inclusive development while supporting thousands of US jobs and reducing our trade deficit," Wells said.