Meanwhile, death toll remained at 4,632 as no new fatalities were reported on Saturday 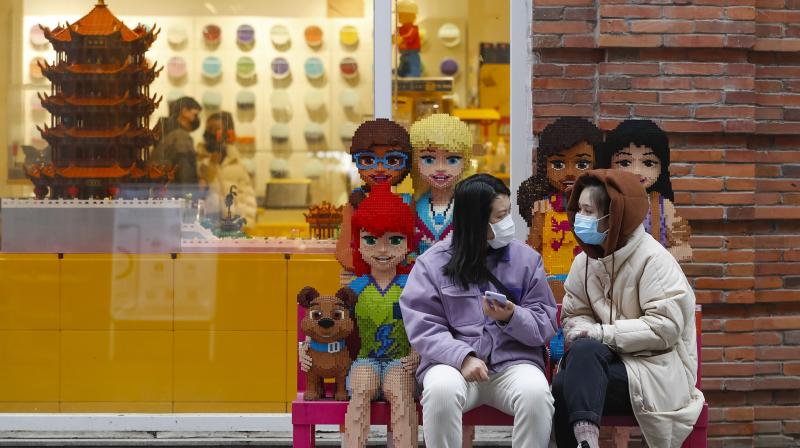 Beijing/Wuhan: China has classified the coronavirus epicentre Wuhan as a low-risk area, days after it revised the city's death toll by 50 per cent, even as 16 new COVID-19 cases were reported in the country, health officials said on Sunday.

According to the risk criteria defined in a guideline issued by China's State Council, cities, counties and districts with no newly confirmed cases in the last 14 days are categorised as low-risk areas.

The death toll remained at 4,632 as no new fatalities were reported on Saturday, it said.

The overall confirmed cases in China had reached 82,735 by Saturday, including 1,041 patients who were still being treated, 77,062 people who were discharged after recovery, and 4,632 people who died of the disease.

The NHC said the total number of imported cases climbed to 1,575.

Asymptomatic cases refer to people who are tested positive for the coronavirus but develop no symptoms such as fever, cough or sore throat. They are infectious and pose a risk of spreading to others.

Wuhan, where the coronavirus first emerged in December last year and spread to the world like wildfire, has been classified as low-risk area, 12 days after lifting the lockdown over the city of 11 million people, state-run Xinhua news agency reported.

The Wuhan municipal authorities on Friday revised the number of confirmed COVID-19 cases and casualties abruptly amid criticism from the US and several other countries for its alleged cover-up and under-reporting of the cases.

Chinese Foreign Ministry spokesman on Friday denied any cover up and accused the US of attempting to divert public attention.

"I want to emphasise that the revision of the data regarding infectious disease is an internationally accepted practice," Zhao Lijian told a media briefing, defending the sharply upward revision of figures.

He said in the early stage of the outbreak there were some late reports, omissions, and inaccurate information.

The low risk classification also followed as the virus cases and deaths abated in the city as per official notifications.

While declaring Wuhan as a low-risk area China has strengthened nucleic acid testing to detect coronavirus for people leaving Wuhan.

The test is required before people resume work, production or study elsewhere, it said.

Those who are set to work as teachers, medical workers or service providers at public places after leaving Wuhan should all undergo nucleic acid testing before leaving, which is free of charge, noted the circular issued by a State Council inter-agency task force.

Others leaving Wuhan are encouraged to take nucleic acid testing on a voluntary basis and pay testing fees, the report said.

By the end of Friday, the central province of Hubei, which administers Wuhan, had 76 low-risk cities and counties and none with high risk or medium risk, Xinhua report said.

Hubei with over 56 million population remained under lockdown along with Wuhan from January 23.