Trump asserted that the actual number was much more than the official death toll figures. 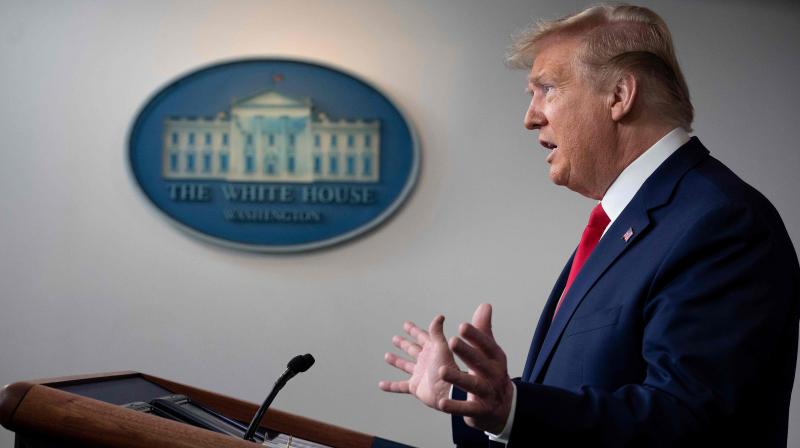 US President Donald Trump at the Coronavirus briefing on Saturday. (AFP)

Washington: President Donald Trump has cast doubt on the accuracy of China's official coronavirus death toll, terming it "unrealistic" and claiming that the actual number was "way ahead" of the US' which is not the world's "number one" country in terms of COVID-19 fatalities.

Trump's comments have come two days after another 1,300 fatalities were added to the official count in the Chinese city of Wuhan, where the outbreak started in November last year. The revision puts China's overall death toll to more than 4,600.

"We are not number one; China is number one just so you understand," Trump told reporters at a White House news conference on Saturday.

"They are way ahead of us in terms of death. It's not even close," he asserted.

According to Trump, when highly-developed healthcare systems of the UK, France, Belgium, Italy and Spain had high fatality rates, it was 0.33 in China.

The president asserted that the actual number was much more than the official Chinese death toll figures, which he said were "unrealistic".

"You know it, I know it and they know it, but you don't want to report it. Why? You will have to explain that. Someday I will explain it," he said.

He also highlighted that on a per-capita basis, the mortality rate in the US was far lower than other nations of Western Europe.

Early this month, President Trump cast doubt on the accuracy of official Chinese figures after US lawmakers, citing an intelligence report, accused Beijing of a cover up.

The number of the coronavirus cases in the US crossed 700,000 on Friday, while over 35,000 people have died from the disease, as President Trump assured his people that America was "very close" to seeing the light "shinning brightly" at the end of the tunnel.

According to data maintained by Johns Hopkins University, over 35,000 people have died in the US and the country has 734,969 infections, the highest in the world.

The death toll in China is 4,632 with no fatalities reported on Saturday, according to China's National Health Commission.