The bodybuilder and former politician was chatting with fans at the Sandton Convention Centre in Johannesburg when a man took a flying leap. 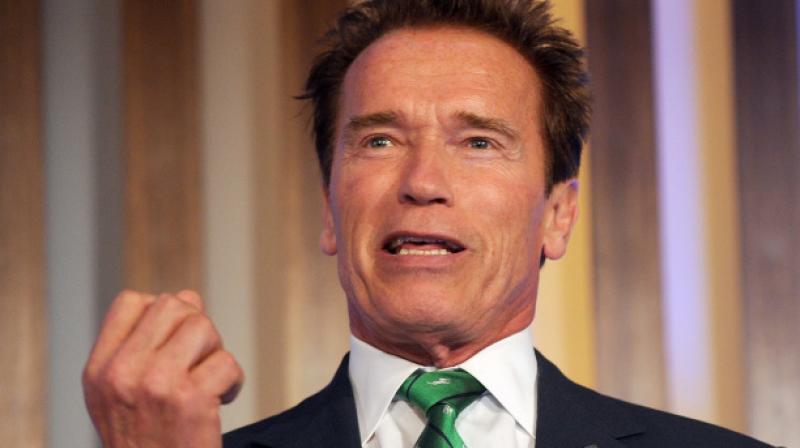 Schwarzenegger was in Johannesburg for the annual Arnold Classic Africa, an international multi-sports festival. (Photo:AP)

Johannesburg: Hollywood star Arnold Schwarzenegger was attacked on Saturday by a man who kicked him in the back at a sports event in South Africa that the action hero was hosting.

The bodybuilder and former politician was chatting with fans at the Sandton Convention Centre in Johannesburg when a man took a flying leap and kicked him high in the back.

"Thanks for your concerns, but there is nothing to worry about," Schwarzenegger, 71, said on Twitter.

And if you have to share the video (I get it), pick a blurry one without whatever he was yelling so he doesn’t get the spotlight.

By the way... block or charge? pic.twitter.com/TEmFRCZPEA

"I thought I was just jostled by the crowd, which happens a lot. I only realized I was kicked when I saw the video like all of you. I'm just glad the idiot didn't interrupt my Snapchat."

Schwarzenegger was in Johannesburg for the annual Arnold Classic Africa, an international multi-sports festival.

"He was sadly and unexpectedly attacked by a crazed fan as he was doing a walk-through to support athletes," the organisers said, adding the attacker -- who was immediately apprehended -- was known to police for similar incidents in the past.

Schwarzenegger told organisers he would not press charges.