Brehmer proceeded to recruit 4 friends and the group settled on Cynthia Hoffman -- described as one of Brehmer's best friends -- as victim. 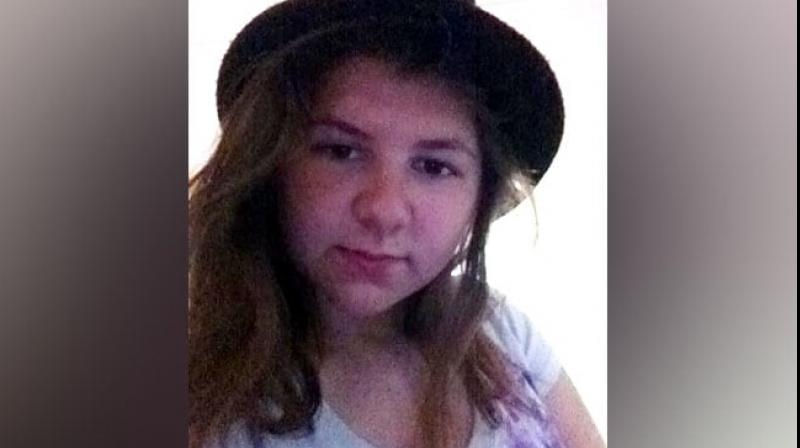 Local news reports said Hoffman's father has described his daughter as having a learning disability and the mindset of a 12-year-old. (Photo: Cynthia Hoffman)

Los Angeles: An American teenager has been charged with conspiring to murder her "best friend" after a man she met online offered her USD 9 million to commit the crime.

According to investigators, Denali Brehmer, an 18-year-old from Alaska, was recruited to kill her friend by a man a few years her elder, 21-year-old Darin Schilmiller of Indiana.

The pair had previously hooked up online, with Schilmiller assuming a fake identity and posing as a millionaire named "Tyler."

Court documents say that during the course of their online relationship, they discussed a plan to rape and murder someone in Alaska.

Schilmiller promised Brehmer USD 9 million or more to send him videos or photographs of the macabre attack.

Brehmer then proceeded to recruit four friends and the group settled on Cynthia Hoffman -- described as one of Brehmer's best friends -- as their victim.

On June 2, authorities said 19-year-old Hoffman was lured to a hiking trail northeast of Anchorage where she was bound with duct tape and shot once in the back of the head before being pushed into a river.

Her body was discovered on June 4.

Local news reports said Hoffman's father has described his daughter as having a learning disability and the mindset of a 12-year-old.

Police said the victim was driven to Thunderbird Falls by Brehmer and Kayden McIntosh, a 16-year-old boy, under the guise of going on a riverside hike.

McIntosh allegedly shot Hoffman with Brehmer's gun and dumped her body in the water.

Authorities say Brehmer communicated with Schilmiller throughout the murder, sending him "Snapchat photographs and videos of Hoffman tied up and of the body afterward."

Both Brehmer and McIntosh have been arrested and charged in relation to the murder. Schilmiller has also been arrested along with three others accused of assisting in the planning or execution of the killing.

A grand jury last Friday indicted all six defendants for first-degree murder, conspiracy to commit murder in the first degree, two counts of second-degree murder and other charges.

Schilmiller and Brehmer were also indicted on Tuesday on federal child pornography and child exploitation charges.

Police said that a search on Brehmer's phone during their investigation into Hoffman's death revealed that the teen -- at Schilmiller's direction -- had produced videos depicting sexually explicit conduct involving a minor and sent them to Schilmiller.

Both face up to life in prison on the child pornography charges.