Pornographic film star Stormy Daniels, in her tell-all memoir 'Full Disclosure', has claimed that the US President has 'an unusual penis'. 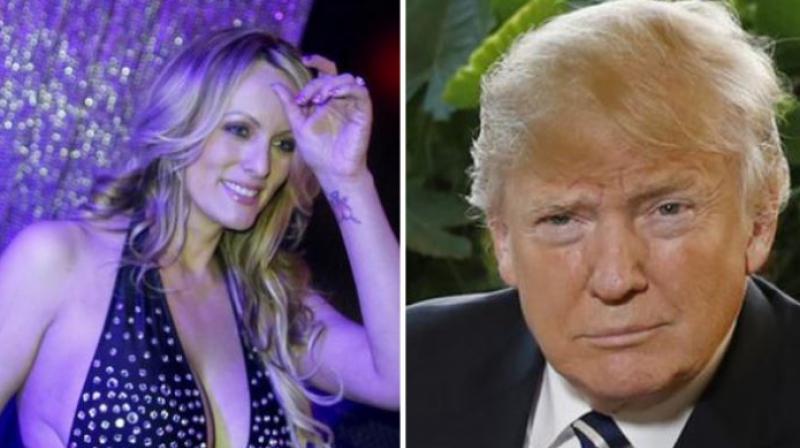 Stormy Daniels claims to have slept with President Trump during a celebrity golf tournament in California, in 2006. (Photo: ANI)

Washington: United States President Donald Trump, or rather a part of him, is in the news.

Pornographic film star Stormy Daniels, in her tell-all memoir "Full Disclosure", has claimed that the US President has "an unusual penis."

The book is expected to come out before the mid-term elections in November, but The Guardian accessed a pre-release copy in which Daniels claims to have slept with President Trump during a celebrity golf tournament in California, in 2006.

The adult movie star has described Trump's penis as one which looks like the mushroom character in Mario Kart and termed sex with him as the "least impressive" one she has ever had.

Also Read: With Trump, it was ‘least impressive sex’ I'd ever had: Stormy Daniels

"I lay there, annoyed that I was getting f****d by a guy with Yeti pubes and a dick like the mushroom character in Mario Kart," she wrote, reported LA Times, quoting The Guardian.

@realDonaldTrump So I see you were cast as the Mushroom Head on Mario Kart! Stormy Daniels was part of the cast too! pic.twitter.com/plI6o0uAkm

Talking about his obsession with sharks, Daniels explains that he keenly watched Discovery Channel's show 'Shark Week' at a hotel in 2007.

"Then, to make it crazier, Hillary Clinton called. Even while he was on the phone with Hillary, his attention kept going back to the sharks," she wrote.

The US President has repeatedly denied any relations with the adult star, who also claimed that the former's then-attorney, Michael Cohen, orchestrated a payment of USD 130,000 to keep her quiet during the presidential elections.

However, in August, Cohen pleaded guilty to the charge.