It should be noted that the war-wracked Syria was the last country to have paid up its dues to organisation by end of the 30-day due period. 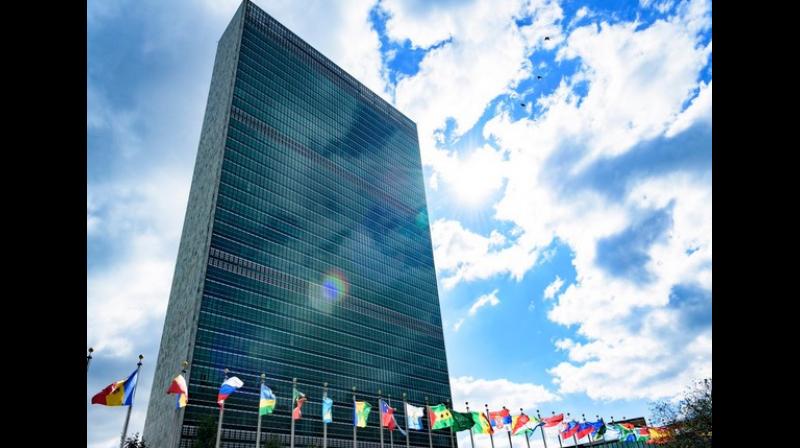 The United Nations Headquarters in New York will remain closed in the forthcoming weekend due to the ongoing cash crisis. (Photo: ANI)

Washington DC: The United Nations Headquarters in New York will remain closed in the forthcoming weekend due to the ongoing cash crisis.

"The UNHQ buildings in NYC will be closed on weekends (Saturday-Sunday) due to the ongoing cash crisis," the organisation said on Twitter.

"Has your country made its contribution to this year's regular UN budget yet?" the thread added.

On October 11, India's Ambassador and Permanent Representative to the United Nations Syed Akbaruddin had said that India was one of the 35 countries to have paid all its dues to the UN on time. Other countries to pay the due on time included Canada, Singapore, Bhutan, Finland, New Zealand and Norway. UN has a total of 193 members.

The UN's operating budget for 2018-2019 is close to USD 5.4 billion excluding the money for peacekeeping operations. Meanwhile, India has contributed USD 23,253,808 this year.

It should be noted that the war-wracked Syria was the last country to have paid up its dues to the organisation by the end of the 30-day due period.

The UN is facing the worst cash crisis in nearly a decade and it might not be able to pay the salaries to its officials next month, said the Secretary-General Antonio Guterres.

In a statement issued by his Spokesperson Stephane Dujarric, Guterres said he had written to the Member States, "about the worst cash crisis facing the United Nations in nearly a decade. The organisation runs the risk of depleting its liquidity reserves by the end of the month and defaulting on payments to staff and vendors."

The organisation is facing the deepest deficit of the decade. Addressing the budget-setting Fifth Committee of the General Assembly on October 8, the Secretary-General said: "This month, we will reach the deepest deficit of the decade." He said that the Organization risks "exhausting the closed peacekeeping cash reserves and entering November without enough cash to cover payrolls."

Dujarric, while talking to reporters said, other states needed to pay "urgently and in full".