US: FBI director to testify on Russia ties, alleged wiretap

FBI Director James Comey and Mike Rogers of the National Security Agency will speak publicly for the first time about two issues. 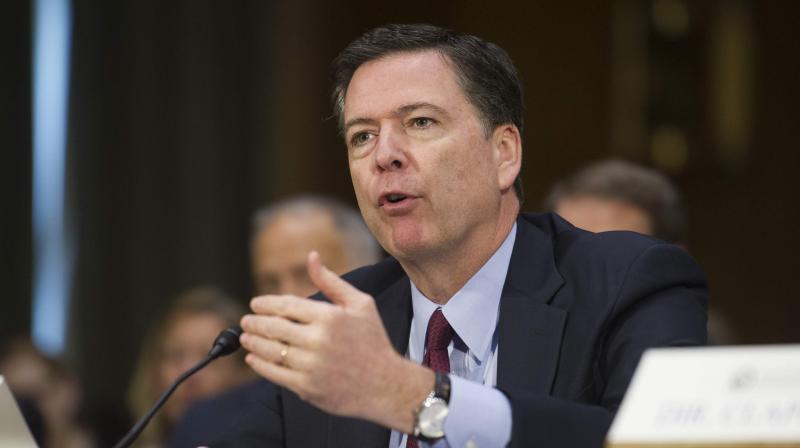 Federal Bureau of Investigation Director James Comey will testify before Congress on on what ties President Donald Trump may have with Russia and the allegation that he was wiretapped by Barack Obama. (Photo: AP)

Washington: The directors of the FBI and NSA are to give keenly awaited testimony before Congress on Monday, on what ties President Donald Trump may have with Russia and his explosive allegation that he was wiretapped by his predecessor Barack Obama.

Federal Bureau of Investigation Director James Comey and Mike Rogers of the National Security Agency will speak publicly for the first time about two issues that have riveted the American public for weeks and further divided the country's two ever-at-odds political parties.

The stakes for the tycoon-turned-world-leader could hardly be higher. Comey will testify before the House Intelligence Committee at a hearing aimed at probing Russia's interference in the 2016 election campaign. Rogers is also scheduled to testify.

Trump and his entourage's possible ties with the Russia of President Vladimir Putin has been the subject of much speculation since before he was elected on November 8.

US intelligence agencies in January took the extraordinary step of stating publicly that they had concluded that hackers working for Russia broke into the email accounts of senior Democrats and released embarrassing ones with the aim of helping Trump defeat Hillary Clinton.

Even since then, the question of whether Trump and company were or are somehow in cahoots with Russia has dominated the national conversation. A congressional panel so far has found no evidence that Trump's campaign colluded with Russia, its chairman said Sunday.

Based on "everything I have up to this morning -- no evidence of collusion," by Trump's team and Moscow, Representative Devin Nunes, chairman of the House Intelligence Committee, told Fox News.

"Was there a physical wiretap of Trump Tower? No, but there never was, and the information we got on Friday continues to lead us in that direction," Nunes stressed.

Moscow has denied involvement in the hacks, and Trump has denounced the tumult over alleged Russia connections as a "total witch hunt."

Monday's hearing was also expected to address a second explosive issue: Trump's unsubstantiated accusations that the Obama administration wiretapped his phone at Trump Tower in New York during the campaign.

Trump on March 4 tweeted that Obama had "tapped" his phone -- a charge that has consumed political debate in the US capital.