A group called Americans for a Competent Federal Judicial System claimed the attacks. 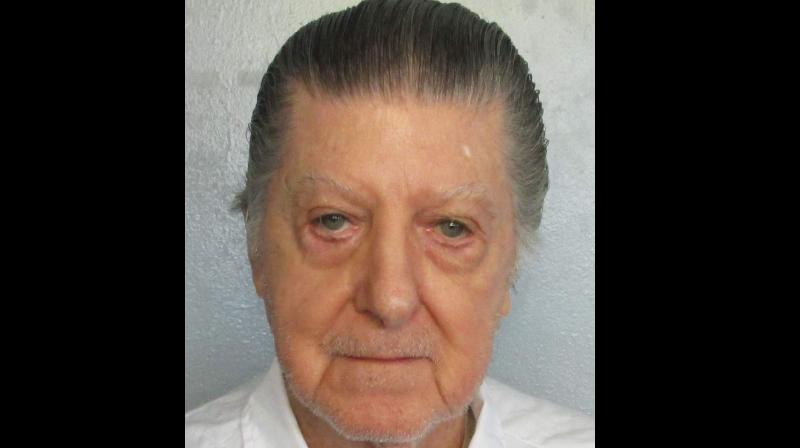 Walter Moody, 83-year-old man convicted of murdering a US judge and an attorney. (Photo: AP)

Washington: Alabama has executed Walter Moody, an 83-year-old man convicted of murdering a US judge and an attorney with pipe bombs, officials said.

Moody is the oldest person to be executed in the United States since the country reinstated capital punishment in the 1970s, replacing John Nixon, who was put to death at age 77 in 2005, according to data from the Death Penalty Information Centre.

"Walter Leroy Moody has been executed for the 1989 murder of Federal Judge Robert Vance," Alabama Governor Kay Ivey's office said in a statement.

"He was also convicted of a similar pipe bomb death of a Georgia attorney," according to a statement from the state's attorney general, Steve Marshall.

Vance was killed and his wife injured when a bomb exploded at their home in Birmingham, Alabama, in December 1989.

Lawyer Robert Robinson was killed in the same way two days later in Savannah, Georgia. He had represented a black rights association.

A group called Americans for a Competent Federal Judicial System claimed the attacks.

It threatened more in retaliation for the rape and murder of white woman Julie Love by two black men in Atlanta in 1988.

Moody, who bore a grudge against the judicial system after his conviction for possessing explosives, was arrested for the bombings in 1990 and sentenced to death for Vance's murder in 1997.