World   Americas  20 May 2017  'Get your pig hands out of here', says Venezuelan leader to Trump
World, Americas

'Get your pig hands out of here', says Venezuelan leader to Trump

The remarks come a day after the Trump administration slapped sanctions against eight members of Venezuela's Supreme Court. 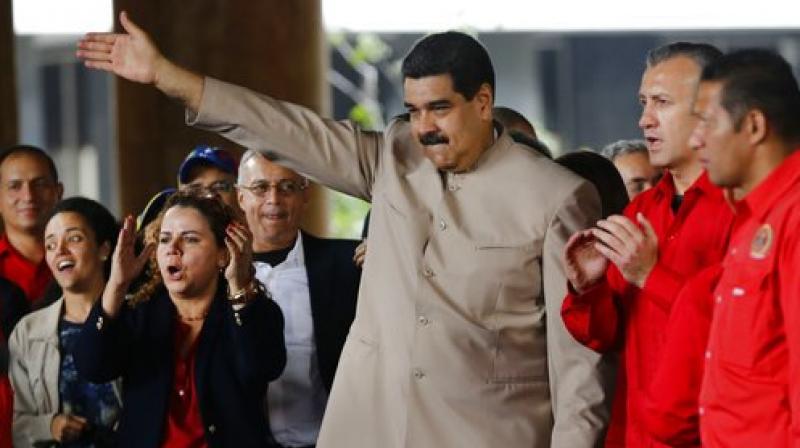 Caracas: Venezuelan President Nicolas Maduro delivered his most scathing critique of US President Donald Trump yet Friday, telling him to stop intervening and "get your pig hands out of here."

Speaking before a crowd of supporters, a fired-up Maduro accused Trump of promoting an interventionist policy that infringes on his socialist government's sovereignty. "Go home, Donald Trump!" he said in heavily accented English.

The remarks come a day after the Trump administration slapped sanctions against eight members of Venezuela's Supreme Court, accusing them of damaging the nation's democracy. A ruling by the court in late March stripping the opposition-controlled assembly of its remaining powers ignited a deadly wave of unrest.

While Venezuelan leaders have lashed out at US presidents frequently in the past, Maduro had largely been careful not to antagonize Trump. But Trump's repeated criticisms of the troubled South American nation appear to have struck a nerve.

Speaking alongside Colombian President Juan Manuel Santos Thursday, Trump expressed dismay at Venezuela's crisis, asking how a country holding the nation's largest oil reserves could be stricken by so much poverty and turmoil.

Trump described Venezuela's current state as a "disgrace to humanity."

Trump's comments and US sanctions against Venezuelan officials played to the government's longstanding accusations of US imperialism.